(ORDO NEWS) — The universe is expanding, and every galaxy outside the Local Group is constantly moving away from us. Today, most of the galaxies in the Universe are moving away from us faster than the speed of light, so all galaxies located at a distance of more than 18 billion light-years from Earth are forever inaccessible to us.

Our Universe is everywhere, in all directions, filled with stars and galaxies. While on Earth, we can observe the Universe at a distance that does not exceed 46.1 billion years (the visible Universe).

Our visible Universe contains about 2 trillion galaxies, but most of them are forever inaccessible to us. As the Universe expands, the space between gravitationally unbound objects is constantly increasing. At a distance of about 14.5 billion light-years from Earth, the expansion of the Universe is causing galaxies to move away at speeds faster than the speed of light.

Galaxies cut off from each other 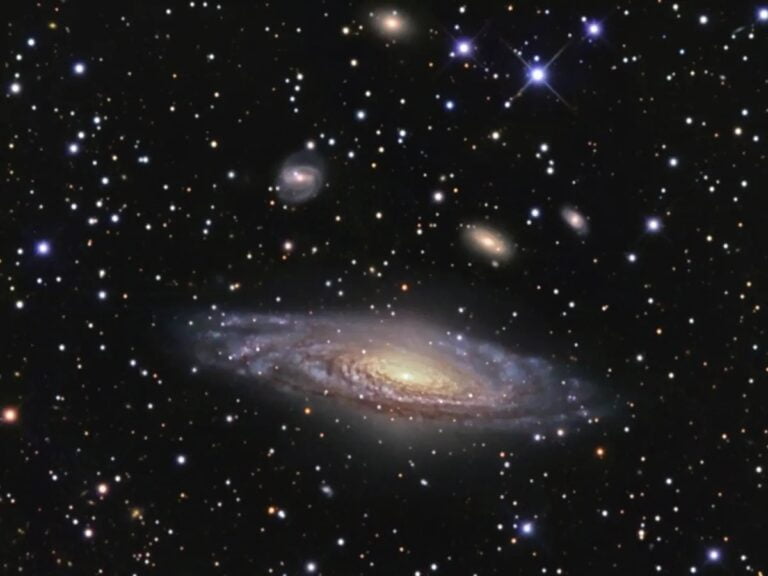 After that, only the Local Group of galaxies will remain within reach, which includes the Milky Way, the Andromeda galaxy, the Triangle galaxy and several dozen smaller galaxies.

Let’s assume that at least one intelligent civilization lives in every inaccessible galaxy. It turns out that we will never know about their existence, just as they will not know about us. Billions of stars, planets, entire worlds and destinies are forever cut off from each other … a very frightening fact.