(ORDO NEWS) — Italian archaeologists, while conducting research in southern Italy, discovered the ruins of an ancient luxurious palace, which was built by the inhabitants of the Greek colony about 2500 years ago.

According to the Greek City Times, the find was made during excavations in Posidonia – the name of the ancient Greek colony that existed in the south of modern Italy.

Archaeologists have unearthed the ruins of a monumental building and priceless ceramics brought from Greece.

The finds prove for the first time that the inhabitants of this ancient Greek colony, who founded it in the 6th century BC, were fabulously rich.

Perhaps this wealth was brought to them by pilgrims who flocked en masse to worship the gods in local temples.

It is known that the founders of the colony were Greeks who sailed from the city of Sybaris. It was located near the Gulf of Taranto.

According to the head of the excavations, Dr. Gabriel Zuchtrigel, the excavated monumental structure was made of blocks. Archaeologists believe that it was a palace.

However, it will be possible to accurately identify it only after the end of the excavations. There is a possibility that it could not be a palace, but simply a very rich house.

Archaeologists note that the building belongs to the same time period. When its majestic temples and the famous “Diver’s Tomb” were built in this city. The latter was discovered in 1968 about 1.6 km south of the city.

The tomb dates back to around 480 BC and stands out among other tombs as one of the best known examples of wall painting from the 5th century BC, when Greek art was in its heyday.

As for the palace, one of the most remarkable finds inside it was a fragment of a vase depicting the Greek god Hermes. A similar painting of fine ceramics in the period from the beginning of the 6th to the 4th century BC in Athens was used only to decorate luxury items.

In everyday life, such pottery was not used. We add that 2500 years ago Posidonia was one of the most important sanctuaries in Ancient Greece. The main attractions of this city were the temple of Athena, dating from the 6th century BC, and the temple of Poseidon, dating back to 460 BC. 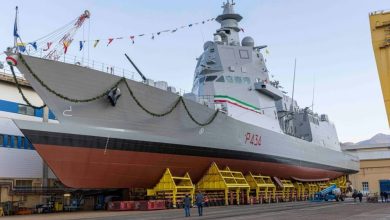