(ORDO NEWS) — Bachena Khatun from Bangladesh, aged 55, underwent surgery in 2002. During the operation, her gallstones were removed at the Chuadang clinic. The surgeons were able to remove the stones, but as a result, the patient developed a new, more serious problem. Doctors forgot scissors in the woman’s stomach.

A few days after Bachena was discharged from the hospital, she felt quite severe pain inside her abdomen. She immediately went to the clinic to make sure nothing bad happened to her. The doctors calmed the woman and said that everything was in order and she had nothing to worry about. Then they made a big mistake.

Over the years, Bachena continued to experience excruciating pain. She visited a huge number of specialists and did everything possible to solve the problem. She spent almost all the savings that she had on medicines, but the discomfort in her stomach remained, it did not disappear anywhere.

Only two decades after the surgery, one of the doctors recommended Bachena to have an x-ray of the abdominal cavity. It was with his help that it was possible to establish that inside the abdominal cavity of a woman there are scissors forgotten many years ago.

Bachena Khatun underwent surgery again last week in order to correct a mistake made by doctors 20 years ago. To date, she continues to recover from the surgery. The doctor who treated the patient said that a special committee was formed, which will continue to investigate this case of a forgotten instrument in the abdomen. 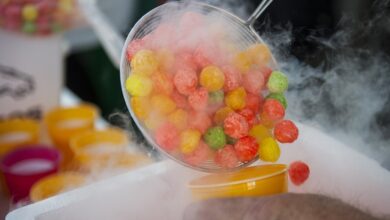