(ORDO NEWS) — Scientists from the University of California at Berkeley (USA) have compiled a semantic atlas of the brain, showing in which areas of the brain are stored and how words are grouped.

Using magnetic resonance imaging, the researchers recorded brain activity in seven volunteers while they listened to radio broadcasts with their eyes closed for two hours. During this time, they managed to listen to 15 stories, which contained about 25 thousand words, three thousand of which were unique.

Scientists recorded the reaction of neurons in the cerebral cortex to each of the 985 most common words in the English language and, based on the data obtained, compiled a semantic atlas.

The atlas turned out to involve vast areas of the cortex, covering more than a third of both hemispheres. Some details of the arrangement of semantic fields among the volunteers differed slightly, but the general features were the same for all.

Words in semantic fields are grouped by meanings, for example, the same area stores such similar words as “hand”, “leg” or “head”. Thus, the experiment showed that there are areas in the cerebral cortex that actively respond to semantic tasks related to the meaning of words.

Separate areas are associated with the recognition of abstract concepts, verbs of action and various thematic groups, and the location of semantic fields in different areas is fully consistent with the function of these areas.

Visual concepts such as colors are localized near the visual cortex, and words with alternative meanings can be stored in multiple fields at once.

Scientists have determined the age when the brain irrevocably ages

Scientists have determined the age when the brain irrevocably ages 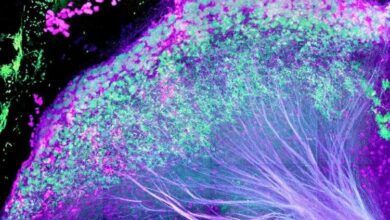