(ORDO NEWS) — The Norse sagas are full of amazing death scenes. Historians believe that the Vikings’ defiant attitude towards death was largely responsible for their success. In their world view, fate was inevitable, and their goal was to die “well” in battle so that they could go to Valhalla in the afterlife.

It was believed that those who died outside the battlefield fell into Helheim (not to be confused with hell). In fact, the warriors were so motivated by the desire to get to Valhalla that they tried to deceive Hel, her ruler, into believing that they had died in battle, having wounded themselves with swords on their deathbed.

While many scenarios may come to mind when you imagine the death of a Viking warrior, the death of Sigurd the Mighty is definitely not one of them.

As the second Earl of Orkney, Sigurd Eysteinsson ruled Orkney and Shetland off the northern coast of Scotland from about 875 to 892.

His brother Rognvald Eysteinsson was sent by King Harald Fairhair to conquer Shetland, Orkney and the Hebrides and put an end to the raids of the Norse exiles. Despite his success, Rognvald lost his son and was compensated with the title of Count of the Isles. In 875 he gave them and the title to his younger brother Sigurd. 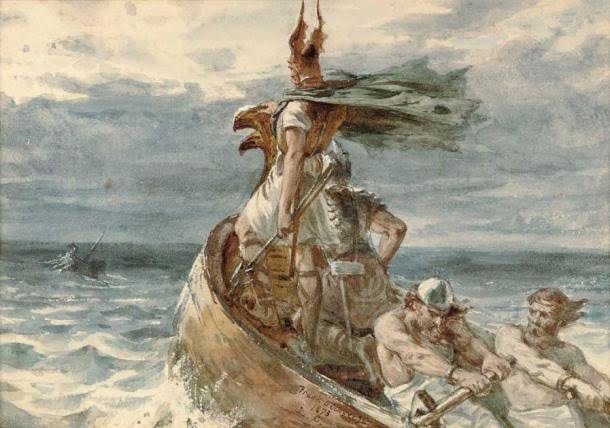 Sigurd soon became famous as the leader of the Vikings who conquered modern northern Scotland, for which he received the nickname Sigurd the Mighty.

Keeping mainland Scotland under control was not easy, and he was soon challenged by a Pictish chieftain named Mael Brigte the Spurtooth, who is believed to have lived near present-day Inverness. Tired of Sigurd’s raids, he proposed an honorable 40-by-40 battle.

According to the Orkneing Saga, a collection of oral histories recorded on paper around 1200, the wily Sigurd the Mighty came with 80 warriors. The obvious advantage meant that he easily defeated Mael Brigte, massacred his opponents and beheaded their leader.

Tying the severed head to his saddle as a trophy, he rubbed his leg against his victim’s teeth. As a result of supreme justice, an infection got into the wound, and Sigurd the Mighty died from this ailment. Thus, Sigurd was avenged and probably spent his afterlife in Helheim.