(ORDO NEWS) — One of the reasons why the theory of evolution is controversial is the claim that pure chance generates information. That is, random events are somehow selected for survival and further complex development (Darwinian evolution).

This theory is understandably popular because, if correct, it will answer many questions. The problem is that in the life around us we do not see random events that give rise to complex mechanisms. However, we are being asked to believe that this modern synthesis (MS) is true throughout evolutionary time.

Over the years, it has become apparent that evolution occurs in a variety of ways, including horizontal gene transfer between unrelated species, epigenetic inheritance of genes that changed during the lifetime of our parents, and convergent evolution – when completely different life forms acquire very similar mechanisms as a result of pursuing a common goal.

Attempts to incorporate these processes into the theory of evolution are sometimes referred to as the Third Way or Augmented Evolutionary Synthesis (RES).

The new model of evolution is based on information theory, which is interesting in itself, since information is governed by rules that are different from matter and energy. For example, it is created by eliminating possibilities, it is relational rather than causal, and it is not diminished by being shared. It is also intangible.

For example, Einstein’s formula for the atomic bomb, e = mc2, had a huge impact on the world, but in itself it is an immaterial idea.

Information can be stripped of all substance and appear in a variety of media: I can call and tell you the winning lottery number, send you an email or a letter about it, or discuss it on the radio or TV. Completely different material carriers; the same information.

Rethinking evolution as a transmission of information will lead to different questions as well as different answers.

The authors of the new open access article, marine researcher Rasmus Skern-Mauritzen and forestry scientist Thomas Nygaard Mikkelsen, make it clear that they understand information as intangible. Here is a summary of their evolution model:

1. Information is non-material in nature, but for existence it must have a physical form.

2. Legacy information can exist in many forms.

3. Forms have different properties, and information can change its physical form over time.

4. We propose the term “heredity” to denote the sum of hereditary information and its forms.

5. The substratum of natural selection is intangible information.

6. The information continuum model is a simple heuristic model that allows the study of evolution and natural selection without the conceptual limitations imposed by the properties of the individual components of heredity.

7. The conceptual nature of the information continuum model allows it to serve as an interdisciplinary platform for collaboration between the natural and social sciences.
Here is their abstract:

Most biologists agree that evolution depends on hereditary information shaped by natural selection. This apparent consensus may be taken as agreement on the forces shaping evolution, but vivid discussions show divergent perceptions of evolution.

However, research in recent decades has shown that evolutionary inheritance also includes DNA methylation, RNA, symbionts, and culture, among other factors. This has created a need for a broader evolutionary perspective, for example, from proponents of the extended evolutionary synthesis (RES).

We consider – and come to the conclusion that the information itself is intangible. Then we argue that the quality, which is henceforth acted upon by natural selection, is also immaterial. Based on these concepts, we arrive at the information-oriented information continuum model (ICM) of evolution.

The ICM states that hereditary information is embedded in various physical forms (DNA, RNA, symbionts, etc.) representing a continuum of evolutionary qualities, and that information can migrate between these physical forms.

ICM leaves the theoretical study of evolution without the limitations imposed by individual physical forms in which hereditary information is embedded (for example, genomes). ICM gives us a simple heuristic model that adds explanatory dimensions to be taken into account in the evolution of biological systems. 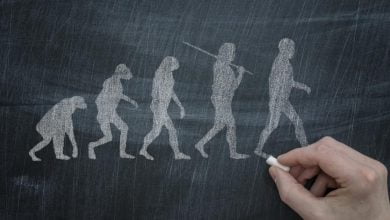