As predicted, on March 31 (0210 UT), the Cannibal CME hit the Earth’s magnetic field. The impact caused a Kr5-class geomagnetic storm – weaker than expected, but still strong enough to trigger aurora in several northern US states.

“Last night we saw some amazing aurora in North Dakota,” says Elon Gein, who sent this photo from the shores of Darling Lake: 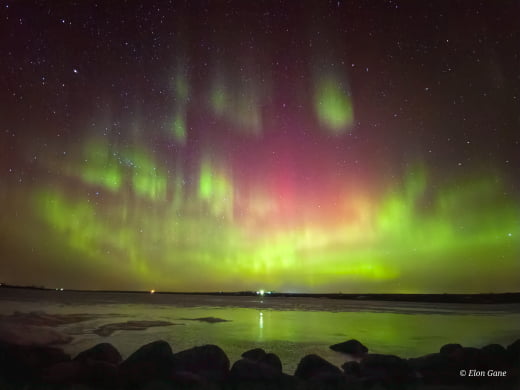 At the height of the storm, which lasted 6 hours, the Aurors descended into the United States as far south as Nebraska and Colorado. Troy Michael Bryan saw lights near the town of Scottsbluff NE at latitude +42N:

“The red glow was visible, albeit faint,” says Brian. “My camera captured it really well.” 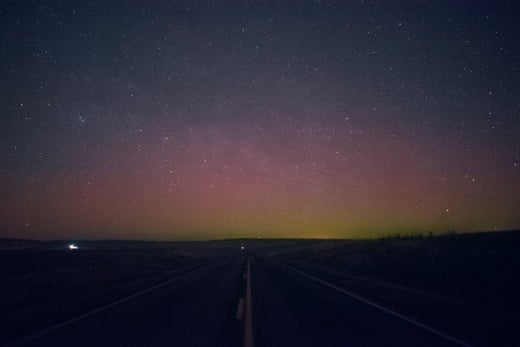 George Dunham photographed red aurors at an even lower latitude: +38 N over Crawford, Colorado. “They were at the threshold of naked eye visibility,” he says.