(ORDO NEWS) — Scientists hoped that the most common type of star in our universe (called an M-dwarf) could host planets with carbon-rich atmospheres, thought to be an ideal place for life to originate.

However, after examining a planet orbiting an M dwarf 66 light-years from Earth, astronomers found no indication that it could contain an atmosphere at all.

Without a carbon-rich atmosphere, the planet is unlikely to be hospitable to living organisms. After all, carbon molecules are considered the building blocks of life.

“The results of the work do not bode well for other types of planets orbiting M-dwarfs,” said co-author of the study, planetary scientist Michelle Hill from the University of California.

“The pressure from a star’s radiation is enormous, and enough to destroy a planet’s atmosphere.”

The fact is that M-dwarf stars are very unstable. They emit flashes and spill radiation onto nearby celestial bodies.

A nearby M dwarf may be too intense to keep the atmosphere intact.

A similar phenomenon occurs in the solar system, when the Earth’s atmosphere is also destroyed due to solar flares.

The difference is that there is volcanic and other activity on Earth that releases gases that restore the atmosphere. 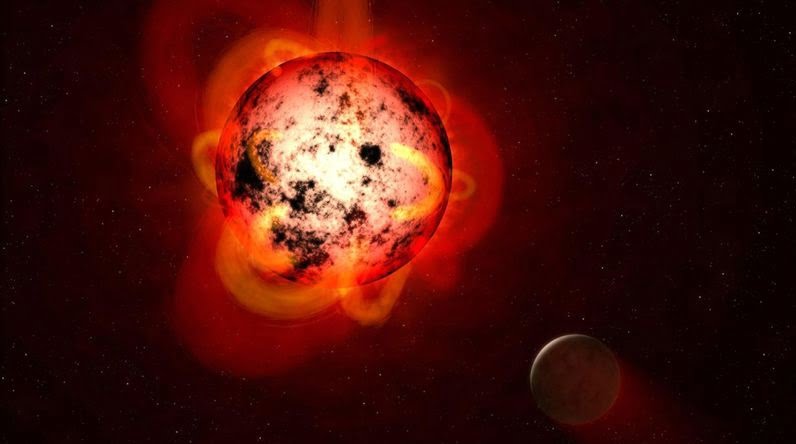 However, the planet GJ 1252b “could contain 700 times more carbon than Earth and still have no atmosphere.”

“At first the atmosphere will build up, but then it will shrink and disappear,” said study co-author Stephen Cain, an astrophysicist at the University of California.

Now researchers are hoping to get more information about these types of planets with the help of the James Webb Space Telescope.

The powerful telescope will soon target the TRAPPIST-1 system, “which is also an M dwarf star with many rocky planets around it,” Hill said.

“There is great hope that the telescope will be able to show us whether these planets have an atmosphere.”

However, there are still many interesting places to look for habitable worlds .

In addition to searching for planets that are more likely to retain an atmosphere, there are still about 1,000 sun-like stars close to Earth that may have their own planets orbiting within habitable zones.