(ORDO NEWS) — In the south of Tibet, an unknown species of begonias was discovered, reaching three and a half meters in height. It is by far the tallest begonia recorded in Asia.

According to the journal PhytoKeys, the new species was discovered by Daike Tian of the Chinese Academy of Sciences and his colleagues. Scientists named it Begonia gigantica, a giant begonia.

Its population is small, botanists have found only a few dozen trees. According to experts, these begonias need to be listed in the Red Book in order to protect them from extinction. 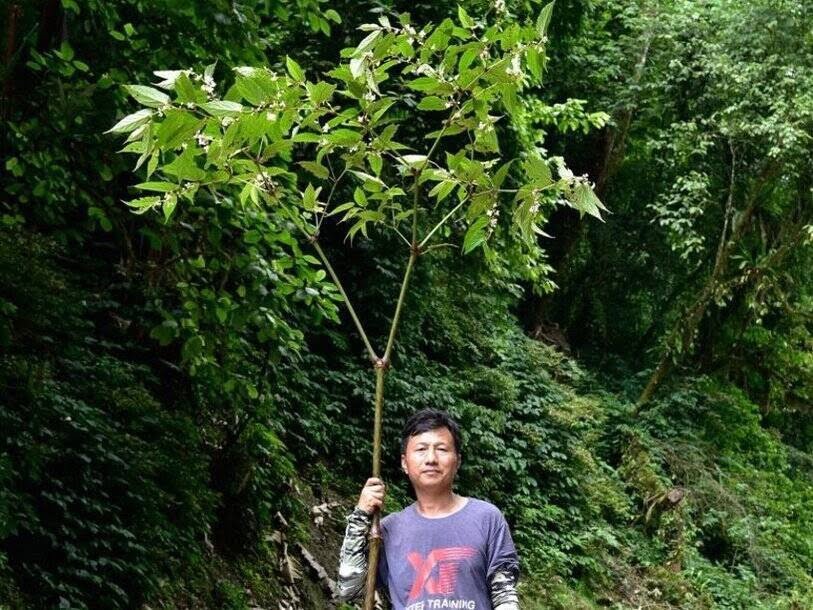 A new species was found in Medog County during an expedition. Tian was unable to reach the flowers, and the stem was wrapped in the fingers of one hand. In height, representatives of this species reach three and a half meters, and the “trunk” grows up to 12 centimeters in diameter.

To correctly measure begonia, the scientist had to ask the driver to get on the car. To transport the samples, each plant had to be cut into four pieces.

Begonia is one of the most extensive plant genera, numbering more than two thousand species. These are mainly small grasses, shrubs and shrubs, some species are grown for decorative purposes.