(ORDO NEWS) — In Shanghai, the first part of the “1000 Trees” complex was launched, which was inspired by one of the 7 wonders of the world – the Hanging Gardens of Babylon. Reported by the Dezeen edition.

The 1000 Trees multifunctional complex was designed by a British design team led by Thomas Heatherwick. The developer is Tian An.

The complex is located in the area of ​​the city park of the art quarter M50 – in its final form, it will stretch over three hundred thousand square meters. The buildings of the complex will house galleries, museums, restaurants and other establishments. 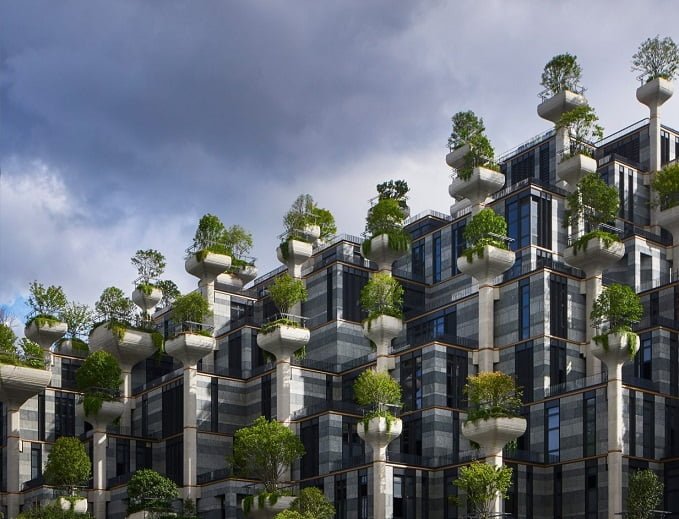 The main feature of the new Chinese wonder of the world is the columns with seventy different types of trees planted at the top. According to the plan, the complex will consist of a thousand structures with trees, which will be watered automatically.

Shanghai authorities anticipate that the second part of the complex will be completed in 2023 – it will be the same, but a taller ensemble of trees, buildings and columns.

Previously, a flour mill was located on the site of the 1000 Trees complex. The old building has been preserved and integrated into the new composition.

From the flour mill, in particular, the bell tower remained, which it was decided to convert into an elevator for sightseeing tours. Earlier in Shanghai, they began to build an unusual building in the form of nine ice cubes, each of which is 17 meters high.