(ORDO NEWS) — Royston Cave is a man-made cave in Hertfordshire, England that contains strange images. It is not known who created the cave and what it was used for, but there are many speculations.

Some believe that it was used by the Knights Templar, others believe that it could be an Augustinian warehouse. According to another version, it was a Neolithic flint mine. None of these theories have been confirmed, and the origin of Royston Cave remains a mystery. 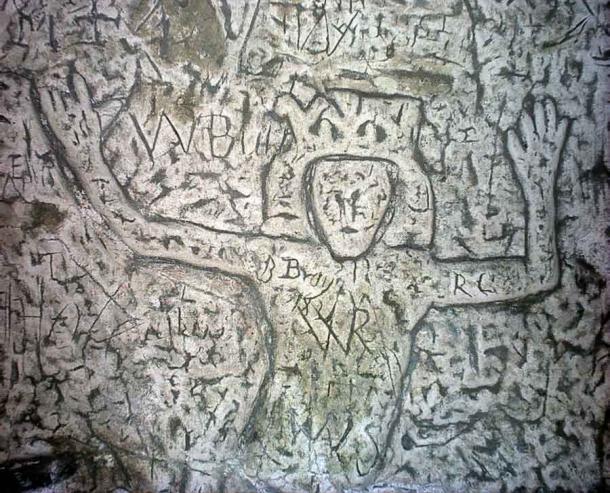 Royston Cave was discovered in August 1742 by a worker from the small town of Royston, who was digging holes to build the foundation for a new shop in the market. While digging, he found a millstone, and when he began to dig to extract it, he found a shaft leading down to a man-made cave half-filled with mud and stone.

At the time of discovery, efforts were made to remove the dirt and stone that filled the artificial cave, which were subsequently thrown out.

Some believed that treasure would be found in Royston Cave. However, the removal of the dirt did not lead to the discovery of the treasure. However, sculptures and carvings have been found in the cave. It is worth noting that if the soil had not been thrown out, modern technology would have made it possible to analyze the soil.

The cave is located under the junction of Ermine Street and Ecknield Way and is an artificial chamber carved into chalk, about 7.7 meters (25 ft 6 in) high and 5.2 meters (17 ft) in diameter. At the base of the cave is a raised octagonal step that many believe was used for kneeling or prayer.

There are unusual carvings along the bottom of the wall. Experts believe that these relief images were originally in color, although only very small traces of color remained visible over time.

The relief images are mostly religious: St. Catherine, the Holy Family, the Crucifixion, St. Lawrence holding the grate on which he was martyred, and a sword-wielding figure that could be either St. George or St. Michael.

The holes below the carvings seem to have contained candles or lamps that illuminated the carvings and sculptures. Some of the figures and symbols have yet to be identified, but according to Royston City Council, examination of the drawings in the cave “suggests that the carvings were most likely made in the mid-1300s.” 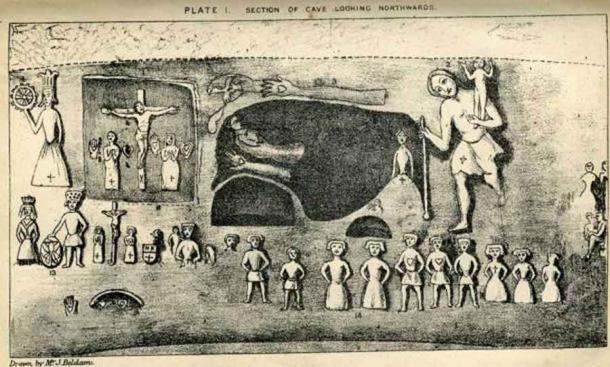 One of the main theories about the origin of Royston Cave, especially for those who love conspiracy theories, is that it was used by a medieval religious order known as the Knights Templar prior to their dissolution by Pope Clement V in 1312.

Bad Archeology criticizes the way Internet sites repeat this association between Royston Cave and the Knights Templar, “despite the weakness of evidence for this hypothesis and arguments for a later date.” 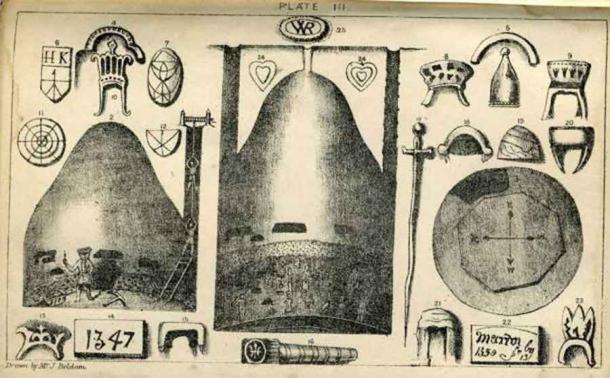 Some believe that the cave was divided into two levels with a wooden floor. The figures near the damaged section of the cave depict two knights on the same horse, which may be the remains of a Templar symbol.

Architectural historian Nikolaus Pevsner wrote that the date of the appearance of the drawings is “difficult to guess”. They are called Anglo-Saxon, but it is more likely that they belong to various periods between C14 and C17 (work of unskilled people).”

According to another version, Royston cave was used as a storehouse for the Augustinians. As the name suggests, the Augustinians were an order created by Saint Augustine, Bishop of Hippo, in Africa. Founded in 1061 AD, it first appeared in England during the reign of Henry I.

Since the 12th century, Royston in Hertfordshire has been the center of monastic life, and the Augustinian Prior has existed there without interruption for nearly 400 years. The local Augustinian friars are said to have used Royston Cave as a cool place to store their food and as a chapel.

Finally, some suggest that as early as 3 thousand years BC. there could be a Neolithic flint mine here, where flint was collected for the manufacture of axes and other tools. However, the chalk in this area produces only small flint concretions, generally unsuitable for ax making, so this may cast doubt on this theory. 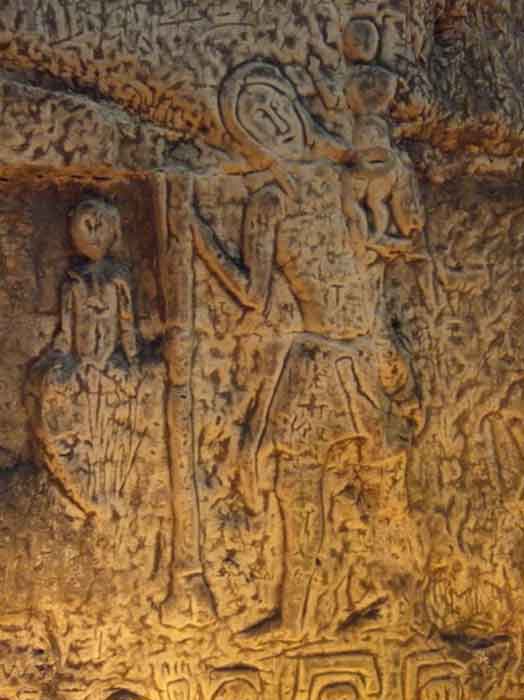 Unraveling the “mysteries” of Royston Cave

It still remains a mystery who and for what purpose created the Royston cave. There is always the possibility that the group that originally created the cave abandoned it at some point, allowing another group to use it.

The mystery surrounding the cave and its sculptures makes the cave an interesting place for visitors who would like to speculate on the origin of this ancient wonder. 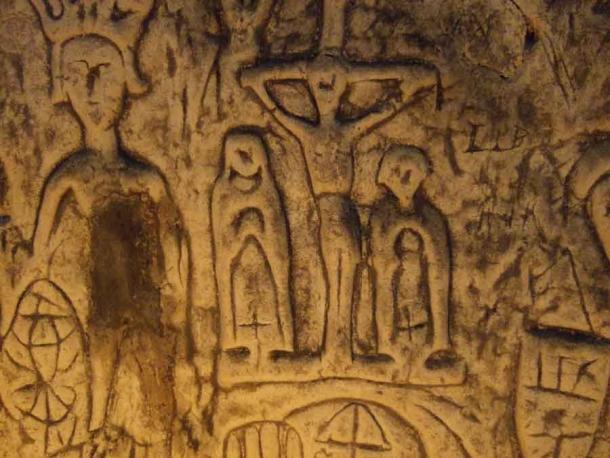 Royston Cave requires regular maintenance and restoration as insect larvae and worms have been found to damage the walls and structure of the cave.

By August 2014, the work to prevent such damage was considered successful. Instead of using insecticides, the conservation workers removed some of the earth, thus eliminating a food source for the worms.

It is hoped that subsequent pipe repair work to avoid flooding and other work to prevent vibration damage from traffic above will help save the cave in the future.