(ORDO NEWS) — From the largest snake to the giant shark, fearsome beasts that rival dinosaurs in size and strength. 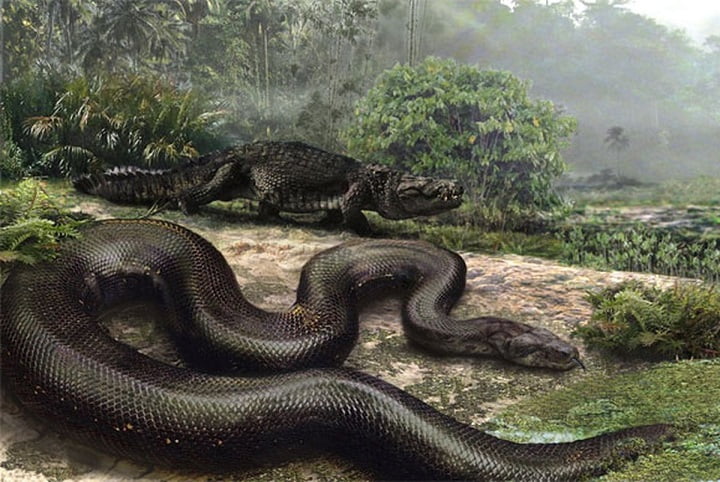 Titanoboa was the largest snake, measuring over 14 meters and weighing 1,100 kg. The snake is four times heavier than the giant Anaconda.

It lived in South America about 60 million years ago during the Paleogene period. While hunting, the predator lay in wait before striking and squeezing the life of its prey.

Its diet consisted mainly of crocodiles, snakes and prehistoric turtles.

Due to the animal’s size, it is believed that it spent most of its time in the water to facilitate locomotion. For years, paleontologists have been working to unravel the mystery of these writhing fossils.

They belong to one of the most bizarre fish ever to travel the oceans.

An ancient fish with a killer jaw worked like a chainsaw. For years, paleontologists have been trying to figure out how the jaws of these beasts, which lived 290-270 million years ago, worked. 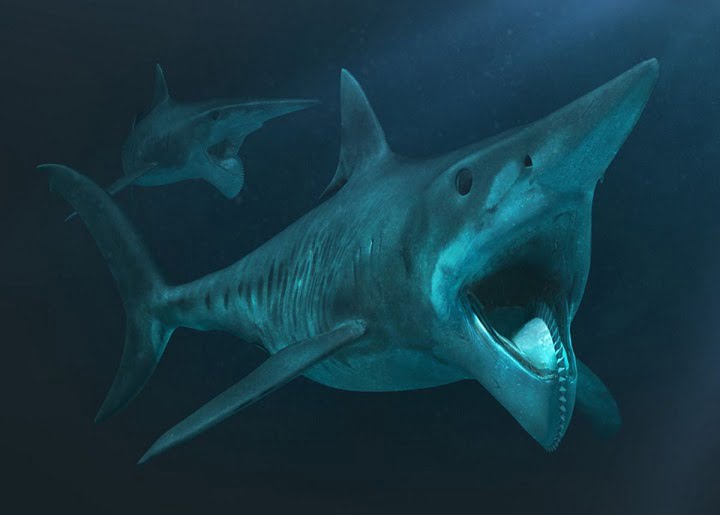 It is believed that larger specimens reached 7.5 meters in length.

Scientists got closer to the answer in 2013 when scientists at the University of Idaho used CT scans to make 3D virtual reconstructions of teeth.

“They are placed at the back of the mouth, right next to the back joint of the jaw.

We were able to disprove that it could be located in the anterior part of the jaw,” said Leif Tapanila, principal investigator of the study. 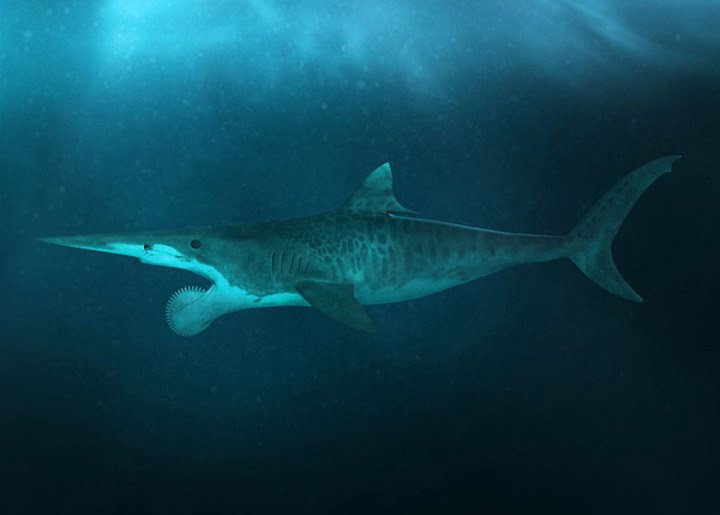 The teeth are said to be “sawtooth” and the jaw creates a rolling and slicing mechanism. A new species of crocodile has been identified from remains found in the outback of Queensland. This species existed in the Cretaceous period.

The remains of a young dinosaur have been found inside the fossilized body of confractosuchus sauroktonos. 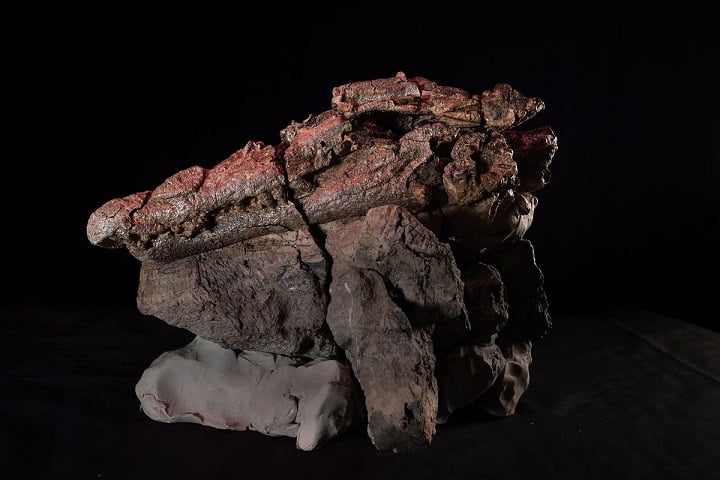 This is the first evidence of a crocodile preying on a dinosaur in Australia.

The remains were first found in 2010 at a sheep station near the Winton Formation. The pterosaur Quetzalcoatl is the largest known flying animal to have ever lived and had a wingspan of 12 meters.

Studies have shown that in order to take off, it will require a 2.4-meter jump into the air.

The animal lived more than 70 million years ago in what is now Texas and ate crabs and worms.
The height of the animal was 10-11 meters. He is often confused with a dinosaur, as he lived at the same time as them. However, it is not.

The two differed from a common ancestor and are separate groups in their own right. 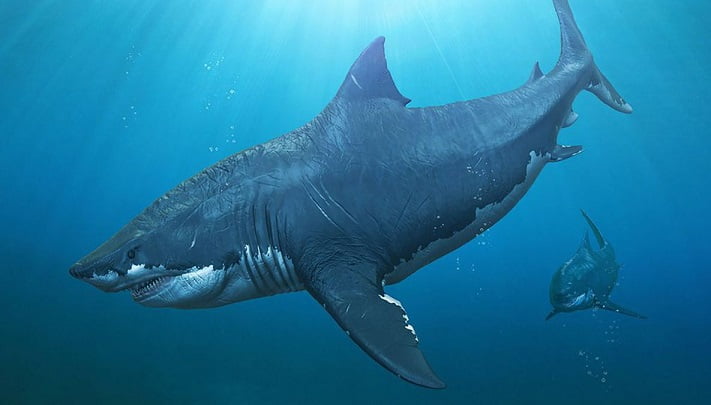 Megalodons were huge sharks. It is the largest shark ever to roam the oceans with teeth almost three times the size of today’s great white sharks.

According to experts, the shark measured up to 15-18 meters in length. 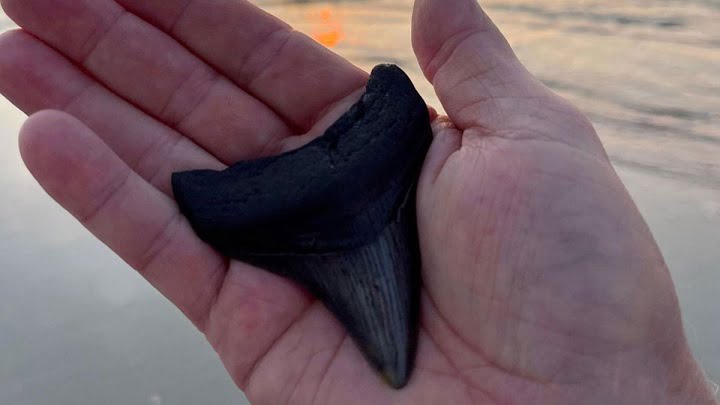 Fossilized megalodon teeth have become prized items for collectors and are testament to just how dangerous these predators were.

This species became extinct 3.6 million years ago, at the end of the Pliocene epoch, when a period of global cooling set in. 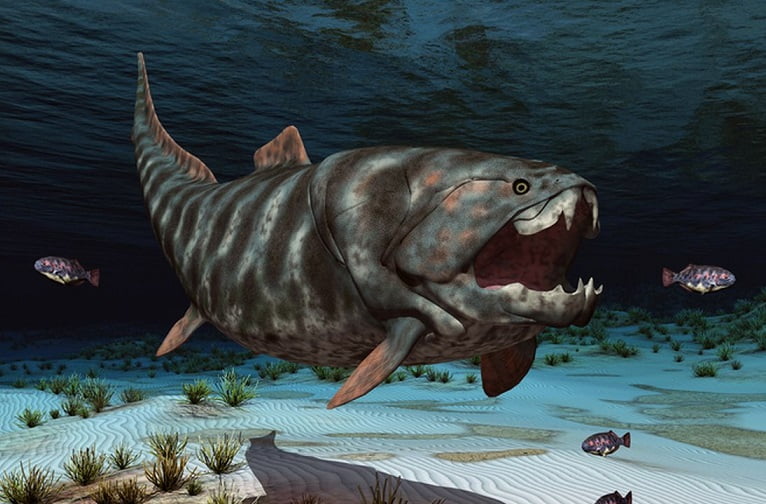 The Dunkleosteus was a greedy fish with an impressive, if terrifying, set of chewing muscles.

In fact, the Dunkleosteus had the most powerful bite, estimated at over 4,000 kilograms.

“He could crack a shark in two. It may have been the first “king of beasts,” the scientists wrote in their study. This armored species measured six meters in length and weighed over 907 kilograms. Lived in the late Devonian period, about 358-382 million years ago. 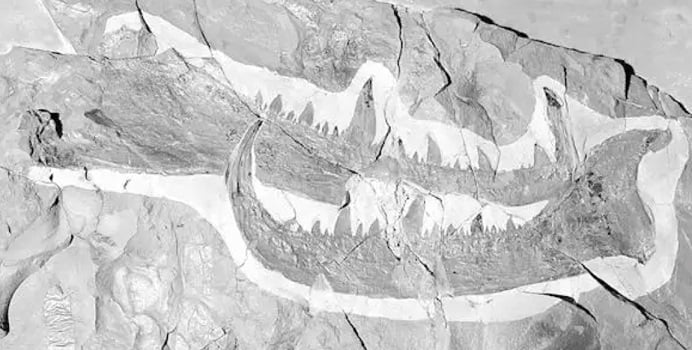 Discovered in 2007, a giant fossilized claw pointed to the existence of a terrifyingly large animal.
The claw was 46 centimeters long and belonged to a colossal beast that roamed the ocean floor 390 million years ago. 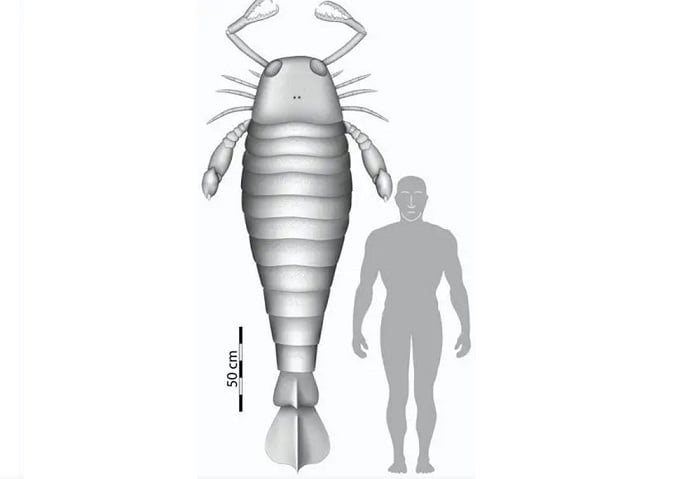 The species was called Jaekelopterus rhenaniae and, based on the size of the claw, is estimated to have reached about 2.5 meters in length.

This species is believed to be the ancestor of modern land scorpions.