(ORDO NEWS) — An international team of scientists has studied about 200,000 binary star systems, paying attention to the mass of their stars and the brightness of their light spectrum.

During the study, specialists were interested in one system – a visible star with a mass slightly less than the Sun revolved around something “dark” and 12 times more massive than it.

Scientists have suggested that it could be a black hole.

“The attraction of a black hole to a visible star like the Sun can be determined from spectroscopic measurements that give us the radial velocity due to the Doppler shift,” says astronomer Sukanya Chakrabarti, lead author of the study.

“By analyzing the radial velocities of the visible star (and this visible star is similar to our own Sun), we can infer how massive the companion black hole is, as well as reveal its rotation period and orbital eccentricity.”

It turned out that the black hole is only 1550 light years from us. It may seem that this is far, but by space standards we are talking literally about the “backyard of the house,” scientists say.

One thing is good: while researchers still doubt that a monstrously huge monster hole is so close to us. Perhaps it was confused with another space object – this remains to be clarified in the following studies. 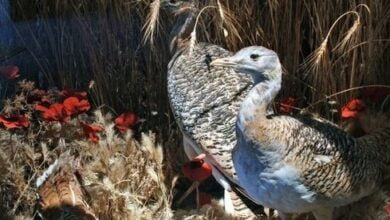