So, in December last year, the Canadian company Harbor Air successfully tested a six-seater seaplane with a MagniX engine, whose power is about 560 kW (750 horsepower). And now, using the same power plant, the company’s engineers were able to lift a much heavier car into the air – the nine-seat eCaravan, created on the basis of the Cessna 208B turboprop. 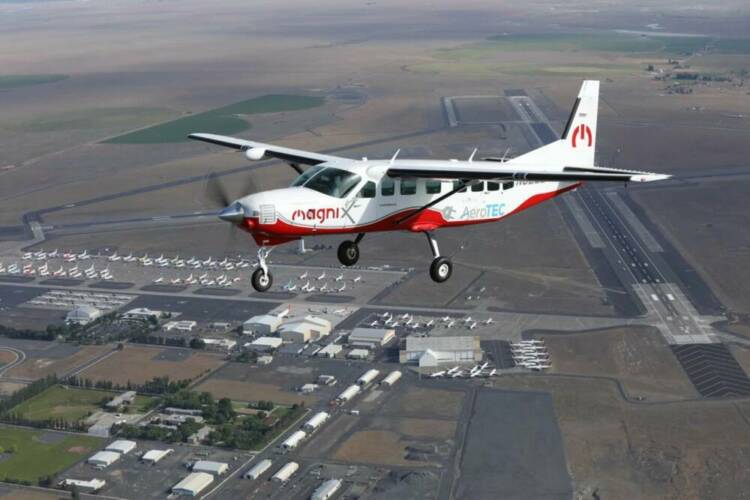 According to the New Atlas website , the flight took place at AeroTEC’s Moses Lake test site in Washington state: it helped Harbor Air to modify the aircraft. The parameters of the test flight are not yet known, but judging by the photos, the eCaravan has risen to a sufficiently high height.

“I am proud of the groundbreaking work done by our engineers, technicians, and pilot team,” says Lee Human, president and CEO of AeroTEC. “AeroTEC is at the forefront of developing processes and best practices that will pave the way for electric aviation.” By the way, this flight was a record of its kind: although eCaravan is the “baby” among all aircraft, but today it is the largest aircraft with “zero emission”.

Cessna 208B aircraft are used for regional passenger and freight transportation over short distances. The transfer of these machines to electric traction will make small aircraft cheaper and at the same time more environmentally friendly.

Earlier, we wrote that China experienced the world’s largest seaplane, and Boeing suspended the production of 737 MAX aircraft.

Explained the nature of an anomalous object from deep space

Explained the nature of an anomalous object from deep space