(ORDO NEWS) — The British Isles are rich in ancient legends, and there are many tales of strange beasts that roam the foggy forests and misty mountains of this strange island at the edge of Europe. One of the most famous stories from northeast England is that of the Lambton Worm.

This monstrous creature, huge and like a dragon, lived in the wilds of Northumberland, where it terrorized the population. For centuries, the Lambton Worm was considered a real way to meet death outside the walls of cities and castles.

Many have even claimed to have seen a Lambton worm, and sightings have been reported from various parts of northern England for over a thousand years.

The legends associated with the Lambton Worm have gradually become folklore, but the question remains: is it really just a legend? 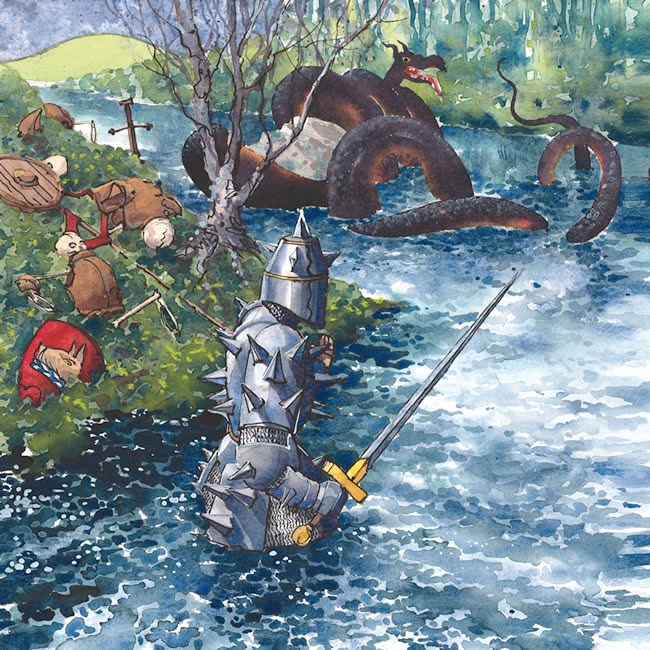 To find the first written record of the Lambton worm, we have to go back to 1785 and William Hutchinson, but the story is much older and has been passed down from generation to generation for centuries.

Towering over Chester-le-Street, County Durham, Lambton Castle is a majestic castle and the ancestral seat of the Lambton family, Earls of Durham .

It was here that a terrible worm appeared, destroying nearby crops and livestock on the Lambton estate. The Lambton family had to deal with the monster in their territory. More precisely, it was Sir John Lambton, the man partly responsible for this worm. 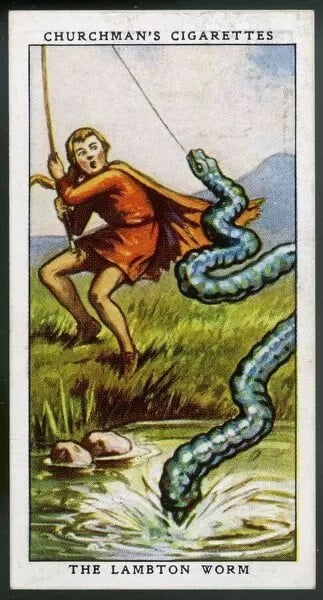 The legend of the Lambton Worm says that once a young John Lambton was fishing on the River Wear, which flowed near his future estate. He was fishing when he caught a very strange creature with the body of an eel and the head of a dragon.

Not knowing what it really was, and saddened that he could not catch a fish, he threw the eel-like creature into a nearby well, later called the worm’s well.

Then young Lambton left his home for many years: he was to become a crusader, a knight of Rhodes, fighting far from home in punishment for his dissolute youth.

However, the worm that John Lambton threw away was not dead and had been growing inside the well all the years that Lambton was away.

The worm grew so large that it reached a huge size and, having overgrown the well, needed a new lair. After escaping from the well, the worm coiled around a mound called Worm Mountain near the Lambton estate.

He also hid in the nearby River Wear and was seen swimming underwater towards what appears to be a cave under a certain rock.

The worm didn’t threaten people on land at first, but that was about to change. As he grew, so did his appetite. 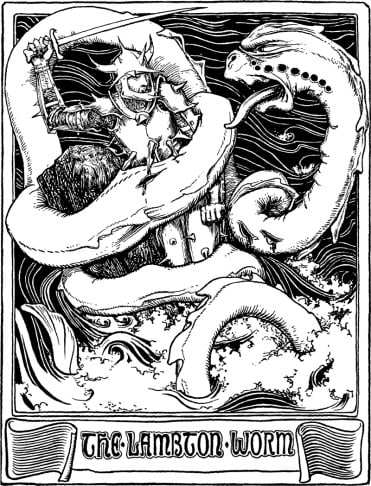 As its appetite grew, the worm began to attack and eat cattle, sheep, and even children that approached its habitat.

Soon, the worm became extremely dangerous, and the villagers and the people of the estate began to worry about the venomous and huge snake-like creature.

When John Lambton returned from his crusade, he had changed. He turned into a brave and fearless knight, strong and noble.

He knew that the worm was the same worm he had caught years ago, and it was his duty to put an end to the now dangerous creature so that the people nearby could live peacefully.

He then tried many times to kill the worm, but was unsuccessful. By this point, the worm was too strong, and no matter how badly it hurt it, the worm always crawled away and always recovered.

As strong as he was, Lambton needed help. To kill the worm, Lambton consulted a witch who lived near his estate. 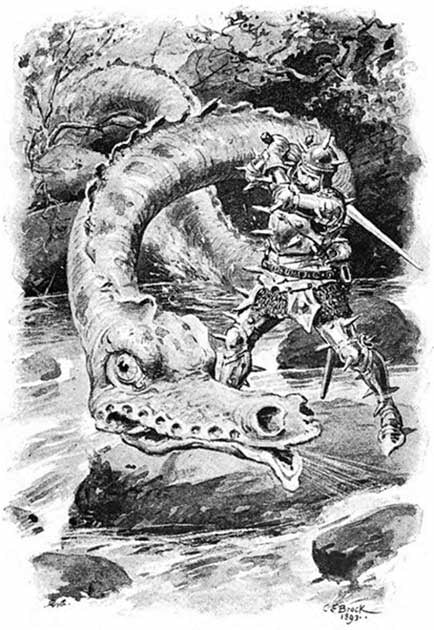 Then the witch advised him how to kill the worm and how to get rid of it forever. Lambton was warned that if he decapitated the worm, he would not die, the two separated halves could be reunited and he would live again, and the worm had to be cut into many small pieces, then he would die.

Heeding the advice of the witch, Lambton put on armor with many sharp blades protruding from the outside of the armor and tracked down Lambton’s worm in the River Wear.

Seeing the approach of the knight in shining armor, the worm attacked trying to crush him by coiling around him.

However, this was a fatal mistake for the worm. The razor-sharp blades mounted on the knight’s armor sliced ​​through the worm’s body, ripping through its soft flesh.

The worm recoiled in pain, and John Lambton was able to cut the wounded worm into pieces, which were swept away by the current. The worm could no longer recover and return to life. 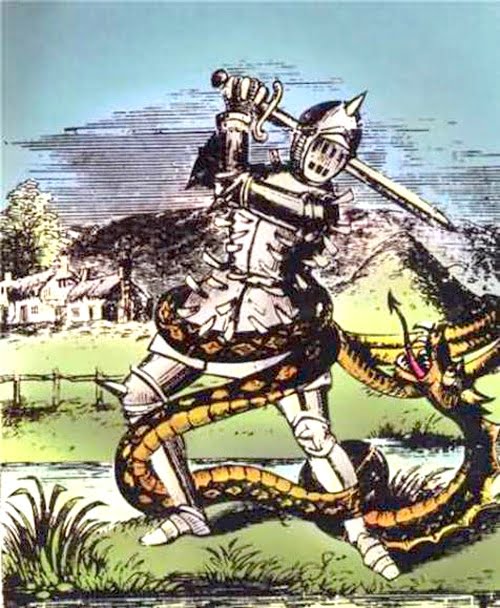 When the Lambton Worm was dead, everyone hailed John Lambton as the hero of the day. However, his task has not yet been completed. The witch also asked him to kill the first person who greeted him after he killed the worm.

However, the first person to greet him was his father, and Lambton could never have killed him. He disobeyed the witch’s advice.

The witch warned Lambton that if he didn’t, his family would be cursed, and the family’s next heirs would not be able to die in their beds.

Perhaps this meant that they would die in battle or be vilely killed, and not from natural causes and from old age.

The curse came true, and of the next nine generations of Lambton’s heirs, not one of them died peacefully in their own bed.

The Lambton family and their estate are real and survive to this day in the person of Edward Lambton, 7th Earl of Durham.

Worm Hill is also real. Could the story of the brave Sir John Lambton and his fight against the Lambton worm be real historical events?

Scientists told how to detect wormholes in space

Scientists told how to detect wormholes in space