(ORDO NEWS) — The Fermi Paradox has long puzzled the thinking part of humanity, and countless solutions have been proposed over the years, some grimer than others.

Now another article offers an answer to the question of why aliens have not yet made contact. And that answer might be pretty nasty for some of us: we’re probably just not smart enough.

Earth may not be technologically advanced enough, and therefore earthlings are not of much interest to merit the attention of progressive aliens, according to the article, which has not yet been peer-reviewed.

Aliens, if they exist, are most likely much more concerned with finding traces of high technology than signs of life, and therefore, perhaps, they simply did not notice us all this time.

The essence of the Fermi paradox is that if the universe is so huge and, therefore, the probability of the existence of alien life is so high, then why have we still not made contact with anyone?

The answers offered so far range from disturbing to vaguely comforting, with some suggesting that we should wait at least 400,000 years before even receiving a welcome.

A new paper by astrophysics professor Amri Wandel hypothesizes that life may be more abundant in the Milky Way than we think, meaning any would-be aliens are spoiled for choice with whom they make contact. And, unfortunately for us, people are simply not on their list of priority targets.

“If there are so many biotic planets that habitability and life alone do not provide sufficient motivation for alien interstellar exploration, then planets with technosignatures can attract the attention of alien civilizations to send probes,” Wandel writes.

However, technosignatures, such as radio transmissions, are quite difficult to detect. Earthlings first transmitted radio signals that could be detected in space less than 100 years ago, which means that only civilizations within 50 light-years away from us could notice these signals and respond.

Earth’s radio waves themselves could already reach the nearest 15,000 stars, according to Universe Today, but that’s just a drop in the bucket of the Milky Way’s hundreds of billions of stars.

“The likelihood that a civilization is close enough to Earth to detect our radiosphere and send a space probe that would reach the solar system turns out to be very small, unless civilizations are extremely numerous,” Wandel writes.

“Currently, there must be 100 million or more intelligent civilizations in our Galaxy for signals from Earth to reach them.” 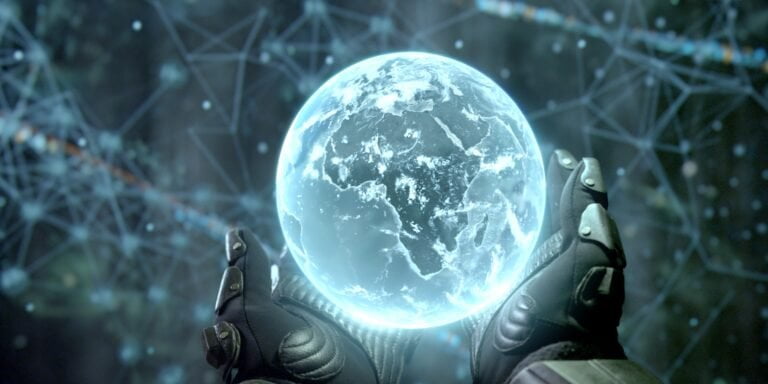 In effect, the Earth is screaming, “Look at us, we’re smart!” but the message just doesn’t get through to those who might be interested.

So the aliens didn’t try to contact us because why would they? According to them, there are no signs of intelligent life on Earth.

But with time and more radio broadcasts, someone can still hear us.

“The chance that the Earth’s radiosphere will one day engulf [reach] an alien civilization increases over time,” Wandel added.

And the likelihood that we will receive a research probe in response is also increasing: at a certain point in the history of civilization, after the advent of radio communications, called the “era of contacts”, contact with aliens becomes more likely.

But so far, hundreds or even thousands of years separate us from the answer from “brothers in mind”.