(ORDO NEWS) — Japanese Science Co. Ltd., which specializes in innovative technologies for the bathroom and kitchen, recently unveiled its plans to produce a washing machine for people.

Believe it or not, the concept of a washing machine for humans is not new. In 1970, at an exhibition in Osaka, Japanese electronics giant Sanyo Electric demonstrated its “Ultrasonic Bath”, a human washing machine that washes, massages and dries a person in a fully automatic 15-minute cycle.

Unfortunately, the concept never made it to commercial production, but now another Japanese tech company wants to try it out, promising to bring a modern take on the human washing machine by 2025.

Science Co. Ltd. from Osaka, known for its many innovations in bathroom and kitchen technology, has announced plans to create its own version of the human washing machine as part of its Mirable product line.

The engineers stated that the goal of Project Usoyaro is not only to thoroughly cleanse the user’s body, but also to create a healing space where you can relax to the sound of soothing music and view images displayed on a waterproof display inside the machine. 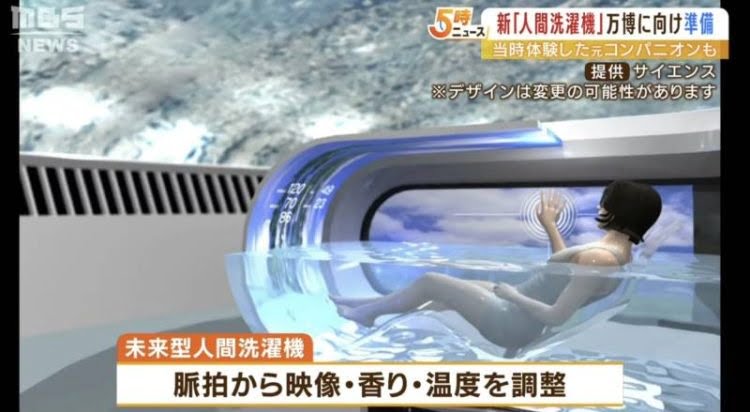 Sensors inside the washing machine will measure the state of the sympathetic and parasympathetic nerves, and built-in artificial intelligence will use the collected data to create the most comfortable atmosphere.

Scientists expect Project Usoyaro to lead to a fully functional human washing machine by 2024, which the company is set to showcase at the 2025 Osaka show.