(ORDO NEWS) — The largest Chinese smartphone manufacturers have reported a reduction in exports of their products to Russia. This is due to the economic situation against the backdrop of Western sanctions, namely, the collapse of the ruble exchange rate.

In addition to Huawei and Xiaomi, Chinese Oppo is also reducing supplies. The total export of gadgets from these companies to our country fell by at least half after the start of a special military operation on the territory of Ukraine. This writes Lenta.ru with reference to the Financial Times .

It is important to emphasize that Chinese brands account for about 60 percent of the domestic smartphone market. One of the former high-ranking employees of Xiaomi recommends that companies keep an eye on further developments.

The decline in smartphone exports is due to the collapse of the ruble: in this case, the prices of imported goods should rise, but there is no understanding whether they will be bought. Moreover, experts do not rule out that China may face secondary sanctions because of Moscow.

According to Zhan Kai, a lawyer from East & Concord Partners, who advised Chinese companies on business in Russia, the restrictions so far look rather vague: much will depend on the actual practice of their application, so “the US authorities have a lot of room for maneuver here.”

Recall that in recent years, Chinese technology companies have relied on Russia in the hope of increasing sales in large markets abroad. And last year, bilateral trade between Moscow and Beijing hit record levels. China accounted for 14 percent of domestic exports.

Kremlin goes on the attack on Ukraine

Kremlin goes on the attack on Ukraine 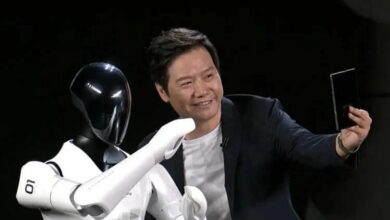