(ORDO NEWS) — An international team of scientists, which included primarily Russian specialists, came to the conclusion that our distant ancestors probably found the extinct giant two-humped camels living next to them in Mongolia about 26.5 thousand years ago.

Camelus knoblochi is an extinct bactrian camel that lived in the Pleistocene, and at the same time one of the largest species of these animals.

He reached three meters in height and weighed about a ton. In “better times” its range extended from Eastern Europe to Transbaikalia.

Camels are known to have contributed to the expansion of human populations into arid regions. And one of these “helpers” of man was probably the giant C. knoblochi. Not in terms of domestication, but as a source of food. 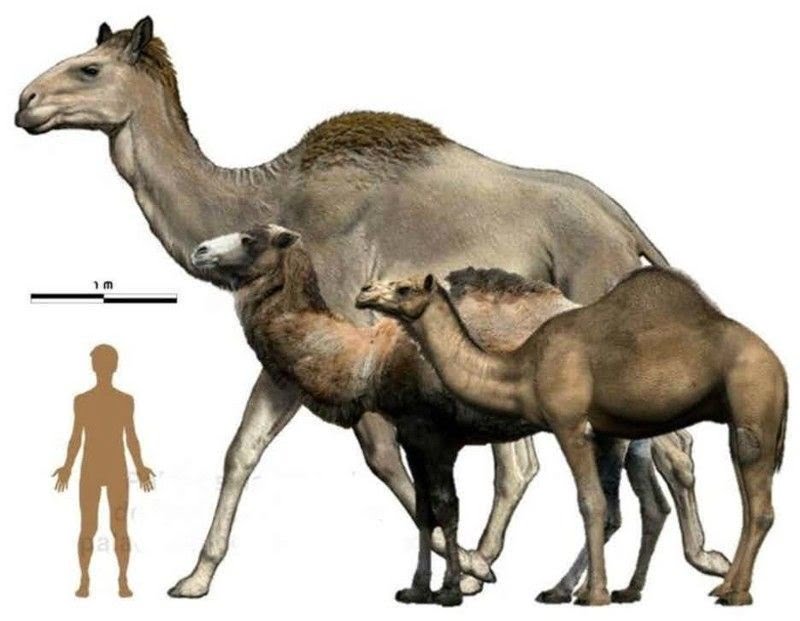 One of the reasons for its disappearance is called competition with Camelus ferus – a species of wild camels that still lives on the territory of Mongolia (although today it is under the threat of extinction).

Another reason for the death of giant bactrian camels is climate change. But perhaps the hunting of ancient people also played a role in this. 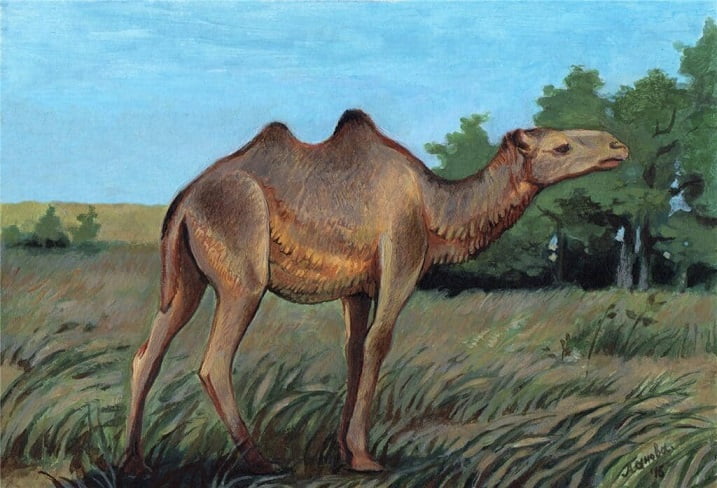 Last year, scientists first discovered the remains of C. knoblochi in Mongolia (before that they were found in other parts of Asia and Europe) – in the Tsagaan Agui cave and the Gobi desert.

Camel bones rested along with the remains of wolves, cave hyenas, rhinos, horses, wild donkeys, sheep and gazelles. Researchers believe that C. knoblochi became extinct because it could not adapt to the desertification that climate change led to.

But it seems that the reason is probably that our distant ancestors could hunt a giant camel. At least, evidence of the coexistence of camels and humans is recorded in ancient petroglyphs, including in Mongolia itself.

An article by an international team of scientists shows that C. knoblochi lived next door to anatomically modern humans. This is evidenced by traces on the bones of a camel. The researchers, however, are not sure that people caught the animal in the process of hunting – perhaps they were butchering carrion.