(ORDO NEWS) — Popular belief has been that small dogs, such as Pomeranians and Chihuahuas, exist because once dogs were domesticated, humans wanted small, cute companions.

But in the journal Current Biology, researchers at the National Institutes of Health (NIH) identify a genetic mutation in a growth hormone-regulating gene that corresponds to small body size in dogs that was present in wolves over 50,000 years ago, long before domestication.

The search for this mutation had been ongoing at the NIH for over a decade, but researchers didn’t find it until Jocelyn Plassais, a postdoc in geneticist Elaine Ostrander’s lab, suggested that they search for sequences around the gene that were positioned backwards and confirm if any were present in other canids and ancient DNA.

With this approach, their team found a reverse form of the insulin-like growth factor 1 (IGF1) gene with variants that correlated to dog body size. “We looked at 200 breeds, and it held up beautifully,” says Ostrander.

The researchers then collaborated with evolutionary biologists Greger Larson at Oxford University and Laurent Franz at Ludwig Maximilian University to look through ancient wolf DNA to see when the IGF-1 mutation first showed up.

Scientists have theorized that dogs started out large and became smaller about 20,000 years ago, when they were domesticated, but this discovery presents the possibility of a new evolutionary narrative.

Indeed, when the team looked at the DNA of a 54,000-year-old Siberian wolf (Canis lupus campestris) they found that it, too, possessed the growth hormone mutation. “It’s as though Nature had kept it tucked in her back pocket for tens of thousands of years until it was needed,” says Ostrander.

The finding holds not just for dogs and wolves, but also for coyotes, jackals, African hunting dogs, and other members of the family of animals referred to as canids. “This is tying together so much about canine domestication and body size, and the things that we think are very modern are actually very ancient,” says Ostrander.

Ostrander and her team plan to continue to investigate the genes that regulate body size in dogs. “One of the things that is pretty cool about dogs is that because they have evolved so recently there aren’t actually a lot of body size genes,” she says.

Canids have only 25 known genes that regulate body size, compared to several hundred in humans. “I really want to understand the whole continuum—from Chihuahuas to Great Danes,” says Ostrander. 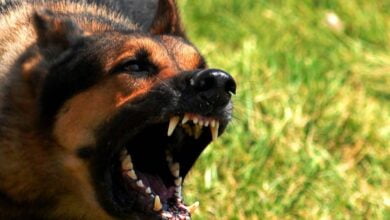 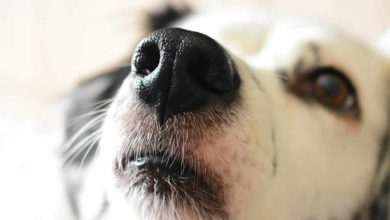