(ORDO NEWS) — Look at the top right corner of the first image (below). See the chain of indentations that looks artificial?

Unfortunately, these are not traces of alien activity, but a natural formation on the surface of Ganymede, the largest satellite of Jupiter, which is probably unique in the solar system .

This chain of craters, which is clearly visible in the second image (which is the maximum quality that could be squeezed out of the original low-resolution image), is called the “Enki chain”, and it is a 193-kilometer chain of 13 craters formed by the destruction and fall of a fragmented comets. 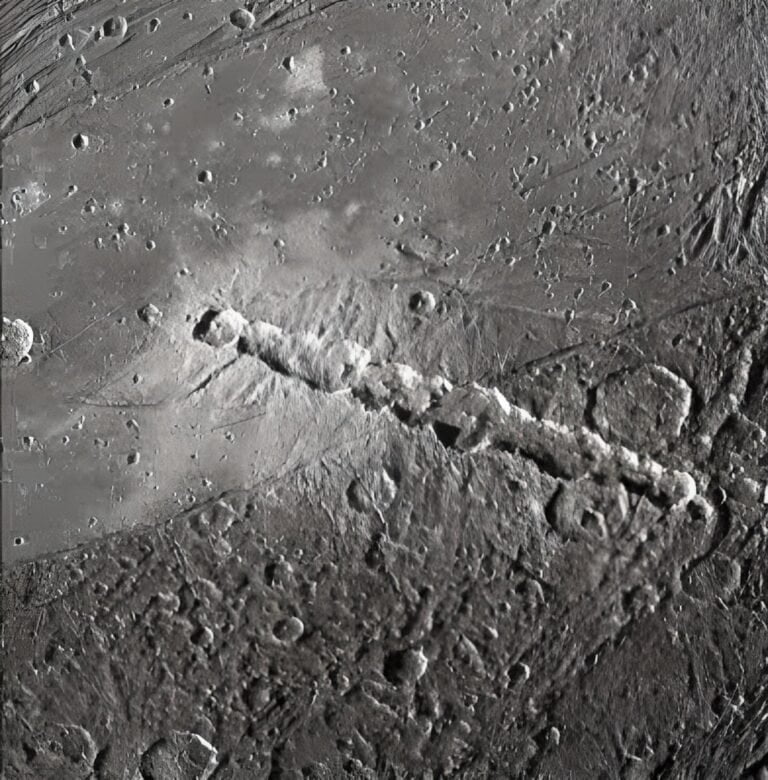 It is believed that an ancient comet that came from the Oort cloud came too close to Jupiter and was torn into 13 large fragments by the gas giant’s gravitational forces.

All of these pieces crashed down on Ganymede in rapid succession, forming the Enki chain, named after the Sumerian god of the underground waters.

The process of Enki’s chain formation was excellently depicted by the artist ERST-Vault, whose work we attach as the third image (below). 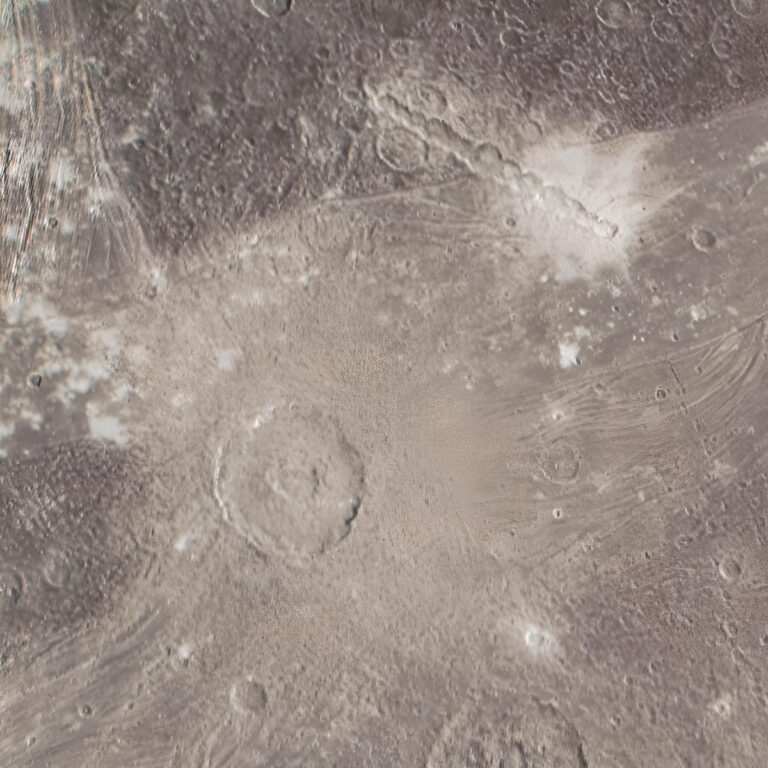 The first image – and the second, which is a fragment of it – was taken by NASA‘s Galileo spacecraft on April 5, 1997.