The region is archaeologically significant: the landscape has changed dramatically due to the vast network of quarries that the Mithaka people once used to make seed grinders.

While historical evidence suggests that Aboriginal Australians may have lived in permanent settlements, scientists say there is relatively little archaeological evidence to support this. But now, a unique collaboration between traditional Mithaka tribesmen, former military personnel and scientists is unearthing skeletons and stone circles that experts say could paint a new picture of early Aboriginal life.

The results of a research project initiated by the Mithaka people show that there are significant and diverse archaeological sites in the Mithaka country, including numerous large stone quarries, numerous ritual structures and capital dwellings. 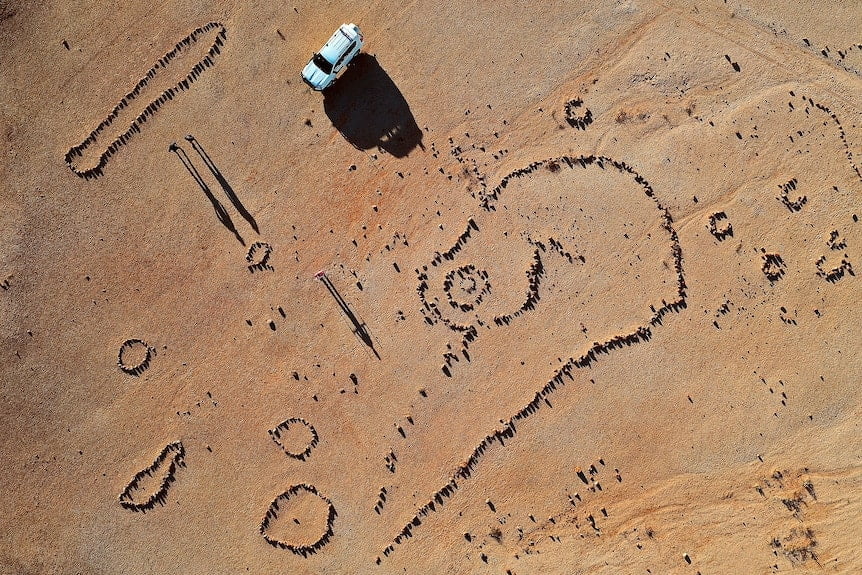 The team, including tribal representatives and researchers, eventually identified 179 quarry sites spread over an area of ​​33,800 square meters. km – an area approximately equal to half the area of ​​\u200b\u200bTasmania. Some of the quarries are estimated to be over 2,000 years old.

One site includes 25,000 separate pits, says Shoni Gorring of the Mithaka tribe. She describes the results of archaeological research as “scientific confirmation of what was already known as something special.”

In December, Michael C. Westway and his co-authors received a research grant on plant domestication and possible village locations on Mithak lands.

Project partner and lead researcher Michael C. Westway said he was overwhelmed by the scale and significance of Mitaka Country’s cultural landscape.

“The country of Mitaka is at the heart of a huge network of trade and exchange that I have called the Australian Silk Road,” said Dr. Westway.

The researchers say archaeological research has uncovered previously unknown factors, such as the extent of quarrying at Mitaka, that could prompt a reassessment of Aboriginal socio-economic systems in parts of ancient Australia.

The name of the country of channels comes from the intertwining channels in which the monsoon rains turn the arid desert into lush greenery. Once upon a time, a complex system of commodity exchange operated up and down along these streams.

Mitaka Land was once at the center of a vast transcontinental interchange route that stretched from the Gulf of Carpentaria in the north to the Flinders Range in South Australia – a system Westway calls the “Australian Silk Road”. “She connected a large number of Aboriginal groups throughout this arid interior on the eastern fringes of the Simpson Desert,” he says. “People communicated across the continent, exchanging ideas, trading in objects and things, ceremonies and songs.”

Millstones mined and produced on an industrial scale on the land of mithak were exchanged for ocher, wooden objects, stone axes and pituri, a drug. “We don’t know how far and wide they spread, but they were an important element,” says Westway.