(ORDO NEWS) — Astronomers have discovered 20 new moons around Saturn, bringing the total to 82. This is more than Jupiter, which previously set the record with 79 natural moons.

One of the new satellites has the most distant orbit around Saturn, and they are all about the same size, about 5 kilometers in diameter. Two of them orbit the planet in about two years, and the remaining 18 orbit over three years. 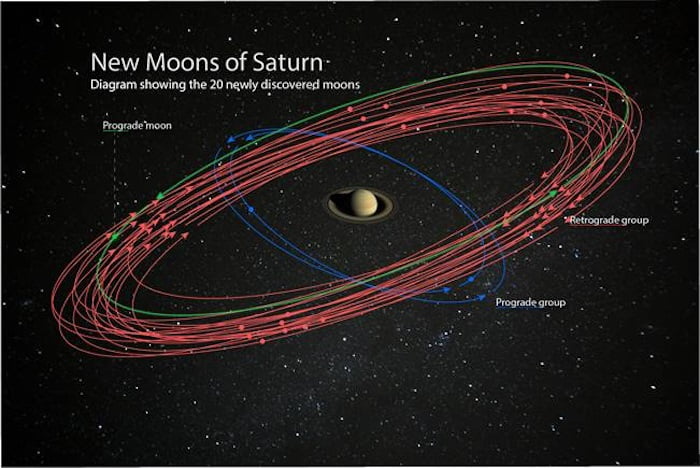 Seventeen new satellites orbit Saturn in the opposite direction or backwards relative to other natural satellites of the planet.

The orbits of retrograde satellites are similar to those of other known moons of Saturn.

Astronomers believe that these moons were once part of a much larger object that, for unknown reasons, has long since disintegrated.

A team led by Scott S. Sheppard of the Carnegie Institute of Science discovered satellites using the Subaru Telescope in Hawaii’s Mauna Kea.

Astronomers can learn about the formation and evolution of the solar system’s planets by studying these moons and their interactions with the major planets.