(ORDO NEWS) — A 100-million-year-old skeleton of a giant marine reptile has been found in Australia, raising hope that researchers will find important evidence of prehistoric life.

The remains of a 6m long-necked juvenile Pleiosaur, also known as Elamsaurus, were found by fossil hunters at a cattle station in Queensland in August 2021. 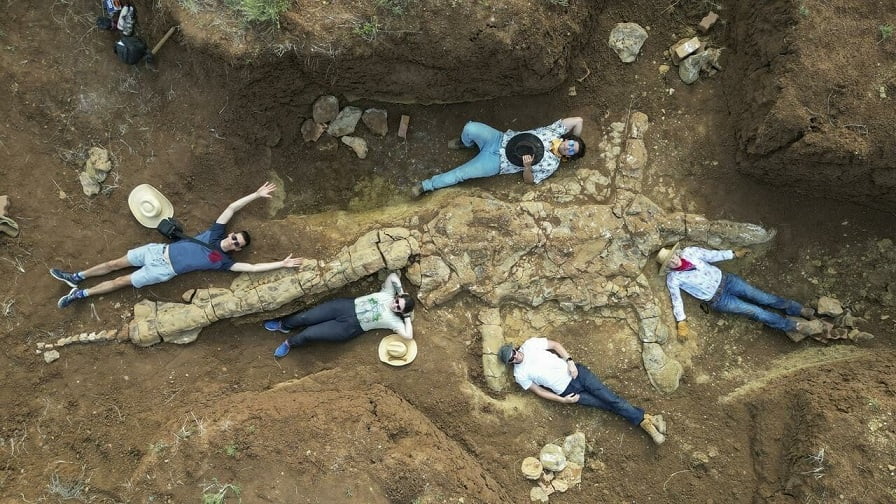 Elasmosaurs, which were 8 to 10 meters long, lived in the Eromaga Sea, which covered much of the 50-meter-deep Australian interior about 150 million years ago.

Espen Knutsen, senior curator of paleontology at the Museum of Queensland, compared the find to the famous Rosetta Stone, which helped experts decipher the hieroglyphs. 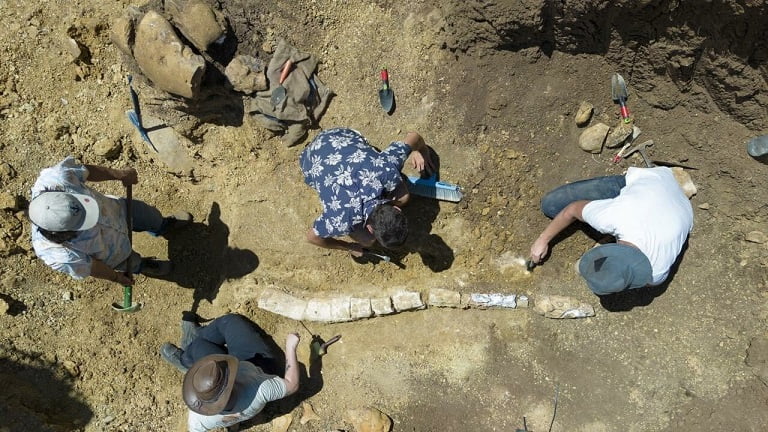 “We have never found a body and a head, and this may be the key to future research in this area,” he said, adding that paleontologists can gain more substantial knowledge about the origin, evolution and ecology of the Cretaceous period in the region.

“Because the neck of pleiosaurs made up 2/3 of them, the head was often separated from the body after they died, making it very difficult to find an intact fossil.”

Knutsen explained that when Elasmosaurus died, its decaying body filled with gases that caused it to rise to the surface of the water. Often the head was broken off when the carcass became the prey of predators.

However, the specimen found is in good condition, and researchers will perform chemical tests on the teeth, which can provide information about the ecology of the environment in which it lived, whether it migrated during its lifetime or lived permanently in one place, and its diet.

Ancient marine reptiles such as pleiosaurs and ichthyosaurs are not classified as dinosaurs, although they lived around the same time.

Plesiosaurs were descendants of terrestrial species, so they did not have gills, and they had to swim to the surface from time to time to gulp air. It remains unknown how long they could remain underwater.

Largest iceberg in the world has gone to its doom. Soon it will melt

Largest iceberg in the world has gone to its doom. Soon it will melt