(ORDO NEWS) — The amazing discovery of mammoth fossils led to an even more unexpected find.

The remains of a female mammoth and her calf, approximately 37,000 years old, show clear signs of butchering, providing new evidence that humans may have arrived in North America much earlier than previously thought.

Paleontologist Timothy Rowe first became aware of the fossils in 2013 when a neighbor noticed something sticking out of a hillside at Roe’s New Mexico site.

Upon closer inspection, Rowe found a tusk, a shattered mammoth skull, and other bones that looked deliberately broken. He believed that this was the place where two mammoths were killed. 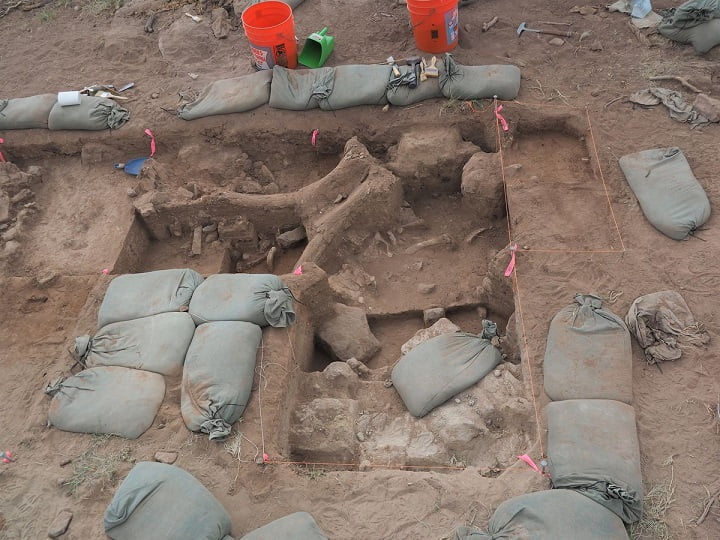 “What we got is amazing,” Rowe said in a statement. “This is not a charismatic place with a beautiful skeleton lying on its side. Everything collapsed. But that’s the story.”

Rowe, a professor at the University of Texas at the Jackson School of Geosciences in Austin, is an expert in vertebrate paleontology and does not usually study mammoths or early humans.

Numerous finds tell of what happened there thousands of years ago, including bone tools, evidence of a fire, bones with fractures, and other signs of butchering animals by humans.

Long mammoth bones molded into disposable blades were used to butcher animal carcasses before the fire helped melt their fat. 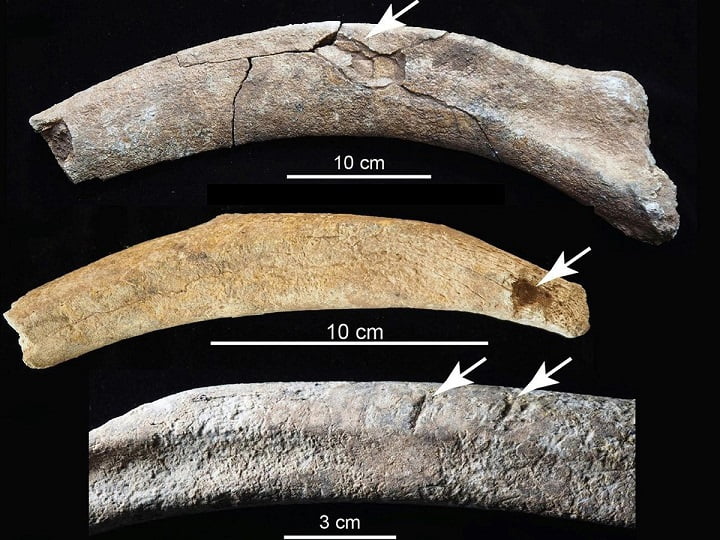 According to the study, fractures caused by a blunt object can be seen in the bones. There were no stone tools at the excavation site, but the researchers found scaly knives made from bones with worn edges.

Chemical analysis of the deposits around the mammoth bones showed that the fire was sustained and controlled, and not caused by a wildfire or a lightning strike. Traces of crushed bones were also found, as well as the burnt remains of small animals, including birds, fish, rodents and lizards.

The research team used CT scans to analyze the bones from the dig site, finding puncture wounds that could have been used to remove fat from the ribs and vertebrae. According to Rowe, the people who killed the mammoths did it very carefully.