(ORDO NEWS) — The device “Juno” recorded something interesting in the atmosphere of Jupiter – an explosion, the nature of which, with the help of images, scientists were able to unravel in a relatively short time. Photos of the incident are available to Internet users.

The incident happened on April 10 last year, when the NASA apparatus flew near the planet. The strangeness was noticed by the device of the flying vehicle, which works in the ultraviolet spectrum. The brightest flash lasted 17 ms, and it was recorded by cameras.

Experts were able to find out that a massive fireball with a temperature of 9 thousand degrees Celsius entered the atmosphere of Jupiter. Warming up to such a state indicates that the mass of the meteorite was 250-5000 kg. 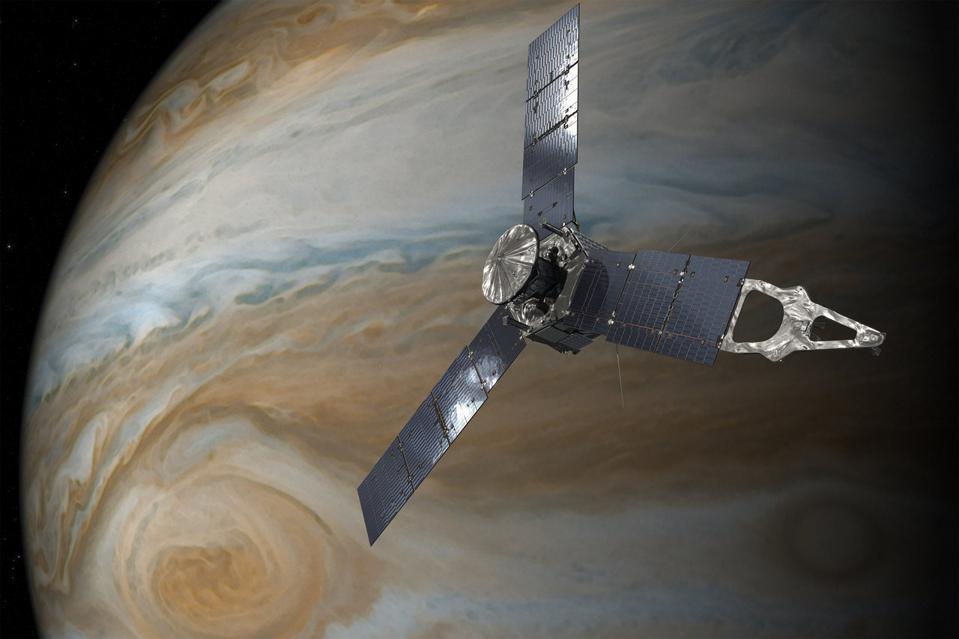 “Juno” is equipped with everything necessary for a detailed study of cosmic events. Jupiter, by the way, is the second largest body in the solar system, therefore it actively attracts space debris.

Unfortunately, NASA’s spacecraft only watched for a short period of time – only 17 milliseconds. What happened before and after the incident remained a mystery.

According to the researchers, the study of meteorite falls is an important part of the work, because they change the chemical composition of the planets.

Godzilla vs. King Kong who will win scientifically

Godzilla vs. King Kong who will win scientifically

The universe could be shaped like a giant three-dimensional donut