(ORDO NEWS) — Blue Moon. Strawberry Moon. Supermoon. Snowy Moon. Bloody Moon. The Earth satellite has a name for every occasion. However, the most gorgeous full moon image we’ve seen to date has no title.

Probably because this is not an excuse, but a way to look at our satellite. With the naked eye, you will never see the rainbow, bubble-like moon like the one above.

But that’s exactly what it looks like in the Australian Square Kilometer Array Pathfinder (ASKAP), an incredibly powerful radio telescope system located in the Western Australian desert.

Of course, we still can’t see the radio waves with our own eyes. But looking at the radio waves emitted by the moon with a telescope, you can see a completely different image.

This is because the Moon does not reflect light efficiently; it reflects only about 6 percent of the radio waves hitting it. Most radio waves are absorbed and re-emitted as black body radiation, which corresponds to the temperature of the moon.

For example, the image of the moon below was captured by the National Radio Astronomy Observatory’s 140-foot telescope in Green Bank, West Virginia. At the time, the Sun was to the left of the Moon, so this side emits hotter radiation. 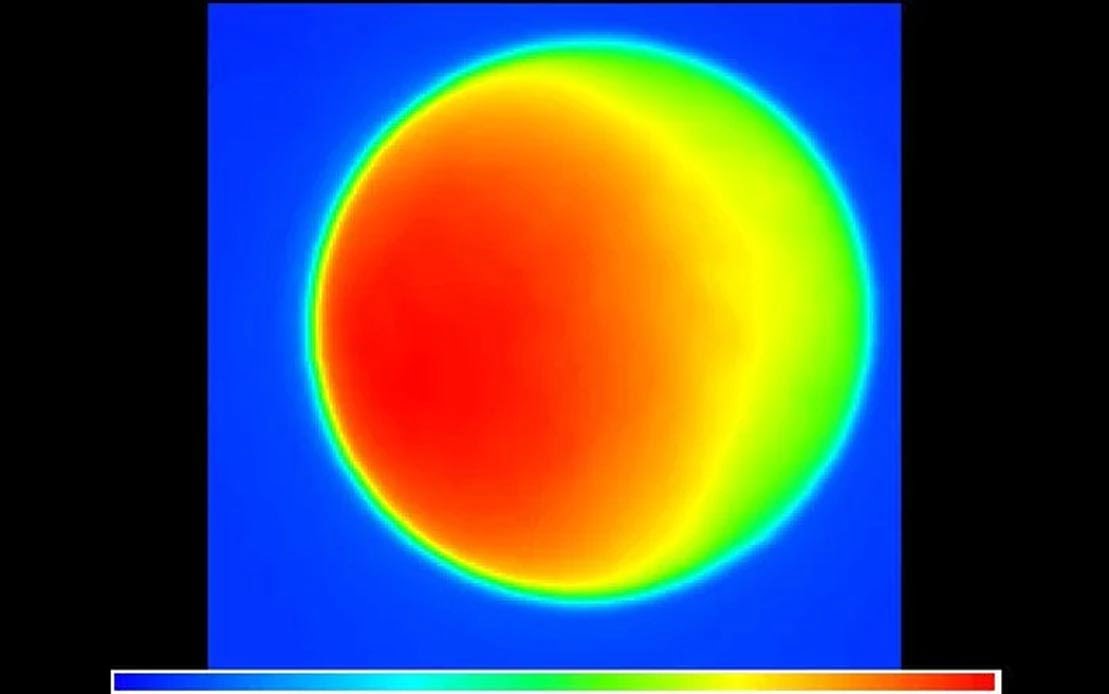 Since the moon is a ball, the angle of polarization changes over the entire visible surface.

As Senior Researcher Emil Lenk of CSIRO Australia explained: “The overall effect is that the orientation of the polarization will always be towards the center of the moon, with maximum intensity at the edge.” (The lunar edge is the outer visible edge of the moon).

“Since color was used to represent the orientation of polarization in the image above, we see this as a rainbow effect along the limb of the moon, with opposite sides of the moon being the same color.”

“Since the effect is strongest on the limbs, there is an overall bubble effect.”

Our Moon is such a great thing even when she doesn’t try.