(ORDO NEWS) — In fact, you cannot survive the journey through a black hole. And if you try to hit even one of them, as, for example, did Matthew McConaughey in the movie Interstellar, you will be torn apart long before you know what is inside the black hole.

However, scientists have been observing these mysterious space objects for a reason for the past decades. This made it possible to answer two questions: what is a black hole, and what (in theory) is inside it.

To fully understand why you can’t just fall or launch your spaceship into a black hole, you must first understand the basic properties of these space objects.

A black hole is a place where gravity is so strong that no light or anything else can escape.

Black holes aren’t just named that way, as they don’t reflect or emit light. They are visible only when they absorb the next star or gas cloud, which after that cannot get out of the border of the black hole, called the event horizon.

Beyond the event horizon is a tiny point – a singularity – where gravity is so intense that it bends space and time endlessly. This is where the laws of physics as we know them are violated, which means that all theories about what is inside a black hole are just speculations. 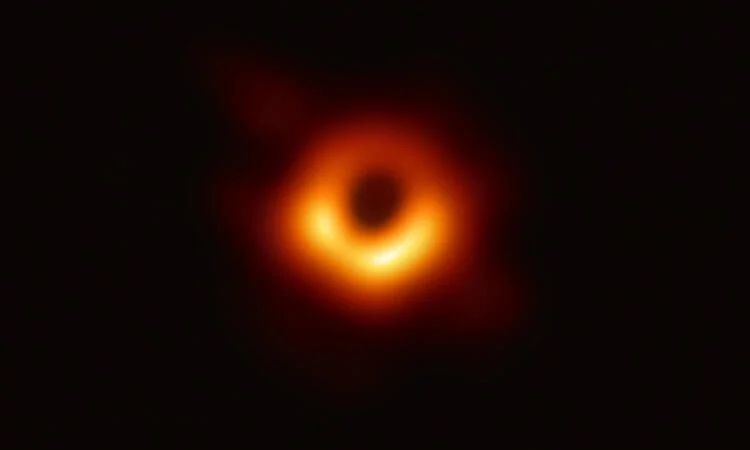 Black holes seem exotic to most of us, but for the scientists who specialize in them, studying them is commonplace. Physicists have been putting forward theories about such objects for decades after Albert Einstein’s general theory of relativity predicted the existence of black holes. However, this concept was not taken seriously until the 1960s, when scientists witnessed the absorption of stars by black holes. Today black holes are considered part of stellar evolution, and astronomers suspect there are millions of black holes even in our Milky Way galaxy.

What are black holes

Black holes come in many different forms and can be modeled with varying levels of difficulty. For example, some can rotate, while others contain an electric charge. So if you hit one of them (well, let’s say you weren’t torn to shreds before), your exact fate may depend on which black hole you encounter.

Star-mass black holes form when very large stars complete their life cycle and collapse. Relic black holes are still poorly understood, and only a few such objects have been found over time. But astronomers believe that the process of their formation is similar to that of supermassive black holes.

Supermassive black holes inhabit the centers of most galaxies and are likely to grow to incredible sizes. They are tens of billions of times more massive than our Sun – due to the absorption of stars and merging with other black holes.

Stellar black holes may be tiny in size compared to their larger cousins, but in fact they have more extreme tidal forces beyond their event horizons. This difference is due to a special property of black holes that is likely to surprise some casual observers. Smaller black holes actually have a stronger gravitational field than supermassive ones. That is, you are more likely to notice a change in gravity near a small black hole.

Suppose you still somehow managed to be in space next to a stellar black hole. How do you find her? The only hint that it exists may be gravitational distortion or reflection from stars that are nearby.

But as soon as you fly closer to this strange place, your body will be stretched in one direction and crushed in another direction – a process that scientists call spaghettification. It denotes the strong stretching of objects vertically and horizontally (that is, assimilating them to the type of spaghetti), caused by a large tidal force in a very strong inhomogeneous gravitational field. In simple terms, the gravity of a black hole will compress your body horizontally, and pull it vertically like a toffee. You will not be able to breathe, speak and read our Telegram chat, even more so.

If you jumped into a black hole like a soldier, the gravitational force on your fingers would be much stronger than the force pulling your head. Each piece of your body will be stretched in a different direction. A black hole will literally make spaghetti out of you.

Can you survive after falling into a black hole?

So, once trapped in a stellar black hole, you probably won’t bother much about the “cosmic” secrets that you might discover on the “other side.” You will be dead hundreds of kilometers before you know the answer to this question.

This scenario is not entirely based on theories and assumptions. Astronomers witnessed this “tidal destruction” back in 2014, when several space telescopes caught a star wandering too close to a black hole. The star was stretched and torn apart, causing part of it to fall off the event horizon, while the rest was thrown into space. 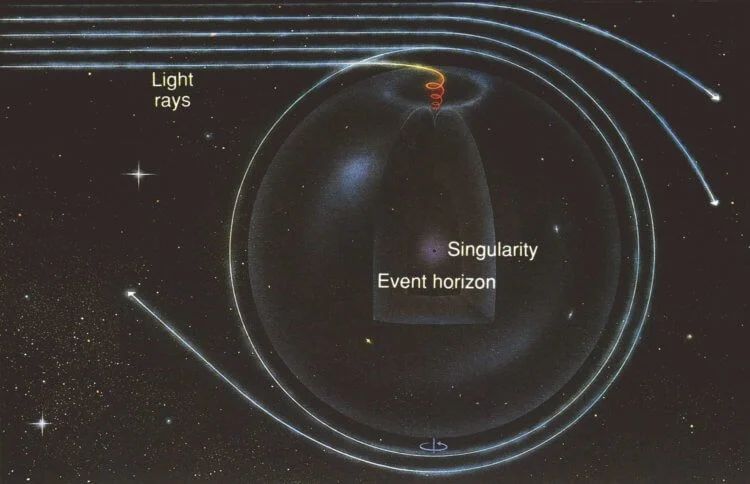 Unlike falling into a stellar black hole, your experience of falling into a supermassive or relict black hole will be a little less nightmarish. Although the end result, gruesome death, will still remain the only scenario. However, in theory, you can go all the way to the event horizon and be able to reach the singularity while you are still alive. If you keep falling towards the event horizon, you will eventually see the starlight shrink to a tiny point behind you, changing color to blue due to gravitational blueshift. And then … there will be darkness. Nothing. From within the event horizon, no light from the outer universe can reach your ship. Just like you can no longer go back.