(ORDO NEWS) — Astronomers were both puzzled and delighted to discover a mysterious deep space object that had been sending out powerful radio waves that were detectable on Earth.

Designated with the catchy title of GLEAM-X J162759.5-523504.3, this spinning radio source suddenly appeared in the Southern Hemisphere sky in January 2018, before disappearing just as mysteriously two months later.

The pulsing activity of this unusual, one-of-a-kind object was picked up by the Murchison Widefield Array radio telescope in the remote western Outback of Australia. Data analysis only revealed its existence in 2020, after which astronomers launched a comprehensive investigation to identify all of its unique and interesting properties.

That study was led by Curtin University (Australia) astrophysicist Dr. Natasha Hurley-Walker, working under the auspices of the university’s International Centre for Radio Astronomy Research ( ICRAR).

“We find that the source pulses every 18.18 min, an unusual periodicity that has, to our knowledge, not been observed previously,” Dr. Hurley-Walker and her team wrote, in a new article introducing their discovery in the journal Nature. “The emission is highly linearly polarized, bright, persists for 30–60 seconds on each occurrence, and is visible across a broad frequency range.”

Located just 4,000 light-years away from Earth (a stone’s throw in galactic terms), GLEAM-X was one of the brightest radio wave sources in our sky at the time it was active. This type of object is referred to by astronomers as a transient, signifying something that pops into existence out of nowhere, before disappearing in the same way. 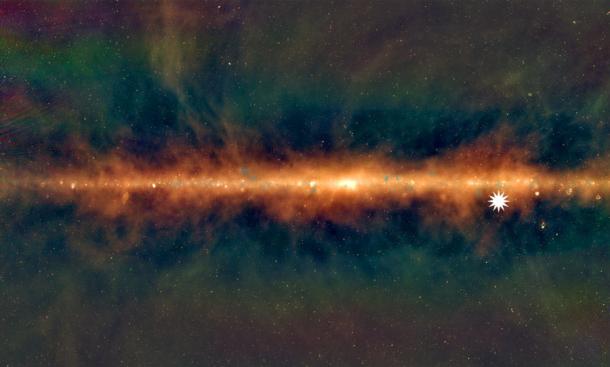 Even during its brief trip through Earth’s deep-space sightline, GLEAM-X seemed to blip in and out of existence randomly, adding another element to its mysterious aura.

“This object was appearing and disappearing over a few hours during our observations,” Dr. Hurley-Walker told the Independent . “That was completely unexpected. It was kind of spooky for an astronomer because there’s nothing known in the sky that does that.”

Has the Ultra-Long Period Magnetar Finally Been Found?

The astronomers involved in the new study have tentatively identified the radio wave emitter as a long-sought-after transient object known as an ultra-long period magnetar.

A magnetar is “a type of slowly spinning neutron star that has been predicted to exist theoretically,” Dr. Hurley-Walker explained. “But nobody expected to directly detect one like this because we didn’t expect them to be so bright. Somehow it’s converting magnetic energy to radio waves much more effectively than anything we’ve seen before.”

The object is incredibly dense and highly magnetic, which are common characteristics of neutron stars of all types.

The magnetar gets its name from the fact that its magnetic field is much stronger than that generated by the typical neutron star, and if GLEAM-X is a magnetar that would explain why its radio pulses are so bright and why those pulses are highly polarized (meaning its electromagnetic waves vibrate in rigid and heavily magnetized patterns). 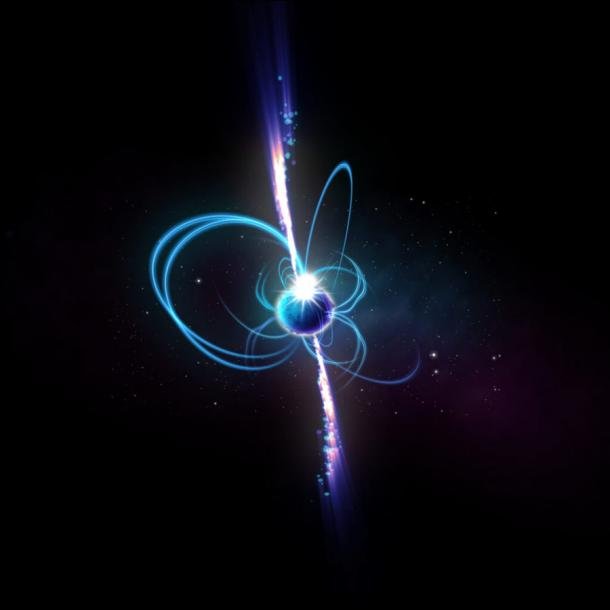 An artist’s impression of what the object might look like if it’s a magnetar. Magnetars are incredibly magnetic neutron stars, some of which sometimes produce radio emission. Known magnetars rotate every few seconds, but theoretically, “ultra-long period magnetars” could rotate much more slowly

GLEAM-X displayed a curious middle-ground periodicity (the length of time between radio wave pulses). In contrast to GLEAM-X, a fast-moving transient known as a pulsar can blink on and off in milliseconds, while a huge object like a supernova can produce radio wave pulses that last for days.

This transient object fell between this range, with a periodicity of 18 minutes. This would be consistent with a neutron star spinning at a much slower rate than normal, as a magnetar theoretically would.

Even though some of its values were different than the existing model, the overall profile of GLEAM-X J162759.5-523504.3 strongly suggests it is the first ultra-long period magnetar observed by human astronomers anywhere in the universe.

The Life and Death of Stars: Secrets Revealed

As an object of scientific study, astronomical bodies like this one offer fascinating details about the life-and-death cycles of stars.

“When studying transients, you’re watching the death of a massive star or the activity of the remnants it leaves behind,” said ICRAR-Curtin astrophysicist and study co-author Dr. Gemma Anderson.

Neutron stars of all types are the left-over cores of stars that have completely burned out. Once a star begins to run out of fuel its core will collapse in on itself, crunched to an incredible density by the runaway force of gravity. A rapidly-spinning neutron star giving off little light but still reaching temperatures as high as one million degrees will then be left behind, emitting radio waves as its immense magnetic field is spun violently through space.

A typical neutron star contains approximately 500,000 times the mass of the Earth, but condensed down into a space that is only 12 miles (20 kilometers) across. The exact parameters of GLEAM-X are not known, but it has enough unusual characteristics to prove it varies from the typical neutron star in important ways.

As of now, the astronomers who’ve studied this enigmatic transient object aren’t sure if it will reappear, or if it is gone for good. The movements of transient objects are inherently unpredictable, and there is no guarantee GLEAM-X will ever be seen again.

Nevertheless, they are busy scanning the Southern Hemisphere skies, hoping to detect its telltale radio wave emissions one more time. They are also pouring through archived data at the Murchison Widefield Array, looking for any signs of past magnetars that might have been missed.

“More detections will tell astronomers whether this was a rare one-off event, or a vast new population we’d never noticed before,” Dr. Hurley-Walker said.

Either way, this anomalous object is truly a remarkable discovery.

Is the Earth’s core rusting

Is the Earth’s core rusting