(ORDO NEWS) — Archaeologists have discovered the remains of a peacock that lived in the 13th century in the Gothic Quarter of Barcelona.

Previously, such ancient bones of these birds were not found in Spain, although they have been known in Europe since ancient times.

Scientists could not find any traces of butchering or heat treatment, so they believe that the peacock was probably kept to demonstrate wealth.

Exotic birds in the Mediterranean and Europe have been present since antiquity, as evidenced by archaeological evidence.

The best-known example is domestic chickens (Gallus gallus domesticus), which live in the wild in South and Southeast Asia.

According to recent research, two Greek colonies in Italy had chickens as early as 776-540 BC.

Other birds were also kept as pets, such as common guinea fowls (Numida meleagris) or African ostriches (Struthio camelus). Since ancient times, ordinary peacocks (Pavo cristatus) have also been known in Europe, the natural range of which is located on the territory of modern India, Bangladesh, Sri Lanka and some other Asian countries.

So, in ancient Greece, peacocks became an object of worship, since they were considered sacred animals, symbolizing the vault of heaven.

The Romans dedicated these birds to the goddess Juno. At the same time, this did not at all prevent serving peacock dishes decorated with feathers on the table, although their meat is tough and tasteless.

The peacock was also important in Christianity, where it was considered a bird of paradise and symbolized the immortality and incorruptibility of the soul.

Marina Fernandez from the University of Barcelona, ​​together with Spanish colleagues, examined the remains of animals found during security and rescue work in the Gothic Quarter of Barcelona.

Among them, most of the bones belonged to mammals, for example, sheep (Ovis aries), cattle (Bos taurus), pigs (Sus domesticus). In addition, the remains of birds, fish and shellfish were present. 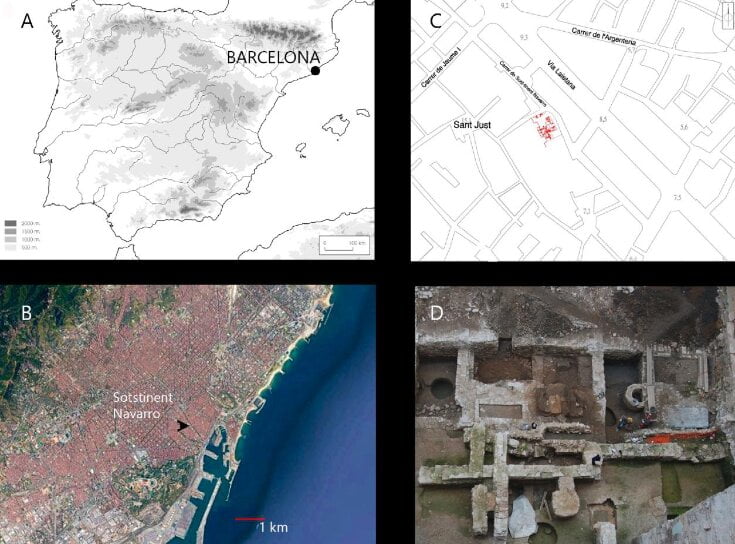 Among the few bird bones found, the remains of domestic chickens (Gallus gallus domesticus) stood out. However, paleo zoologists drew attention to 14 bones that belonged to one adult peacock.

This dating is consistent with pottery found in the same sediment layers. Earlier bones of this species were not found in the medieval contexts of the Iberian Peninsula.

The peacock bones found differed from the rest of the remains of birds, especially domestic ones, since they did not have any signs of being eaten.

So, paleo zoologists did not find traces of cutting, gnawing or heat treatment. However, in their opinion, this does not mean at all that peacocks were not eaten in medieval Catalonia.

Written sources testify that representatives of this species have been kept since ancient times both as decorative pets and served as gourmet dishes.

In addition, the peacock personified eternal life, therefore, since Roman times, its image has been found on funerary monuments. Later, this symbol spread to the Christian tradition. 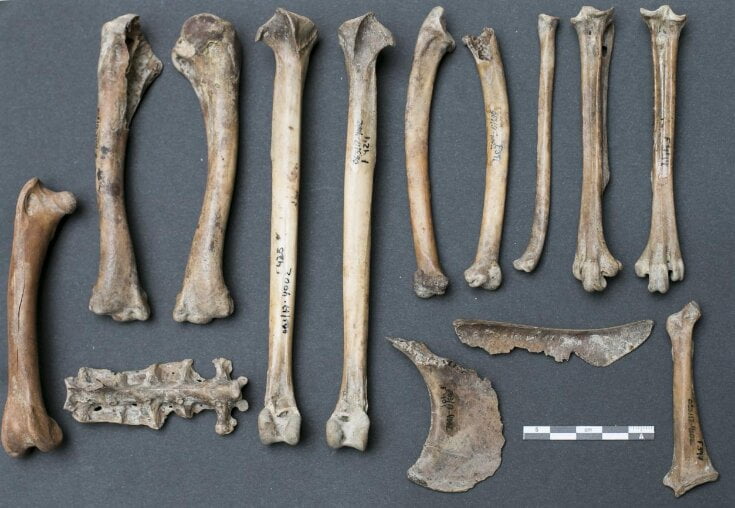 The researchers noted that since the 13th century in Catalonia, peacocks have been featured in exclusively secular contexts.

For example, a document on the expenses of the future King Pedro III (1276-1285) contains information from 1268 on spending on food for a peacock.

In addition, peacocks are mentioned in cookbooks dating back to the 14th-15th centuries.

Taking into account the many reasons why the remains of a bird could be in the investigated context, the scientists concluded that it was likely that the peacock demonstrated the wealth of its owner, that is, it was kept for show.

At the same time, the researchers also did not completely exclude the symbolic meaning of this animal.

Study showed that VLA 1623 West is a young protostellar disk

Missouri to return spanking to students

Study showed that VLA 1623 West is a young protostellar disk

Missouri to return spanking to students