(ORDO NEWS) — By tracking small changes in the distance to the Moon, it is possible to register gravitational waves in ranges inaccessible to ground-based observatories.

Existing gravitational wave detectors operate only in a certain frequency range. This makes it possible to record far from all such waves.

Covering a new range is possible with the help of a completely new type of observatory, in which the “detector” is the orbit of the moon, following gravitational waves by small fluctuations in the distance to the satellite.

Gravitational waves – the “ripples of space-time” – are predicted by General Relativity and were actually discovered in 2015. Since then, astronomers have recorded dozens of similar events associated with some of the most extreme processes in space, such as mergers between black holes and neutron stars.

However, far from all possible frequencies of gravitational waves are available to ground-based instruments – just like the lenses of an ordinary telescope are not capable of refracting, say, X-rays.

For example, relic gravitational waves that originated in the very early Universe should have frequencies of the order of microhertz, which do not correspond to the ranges of existing detectors. 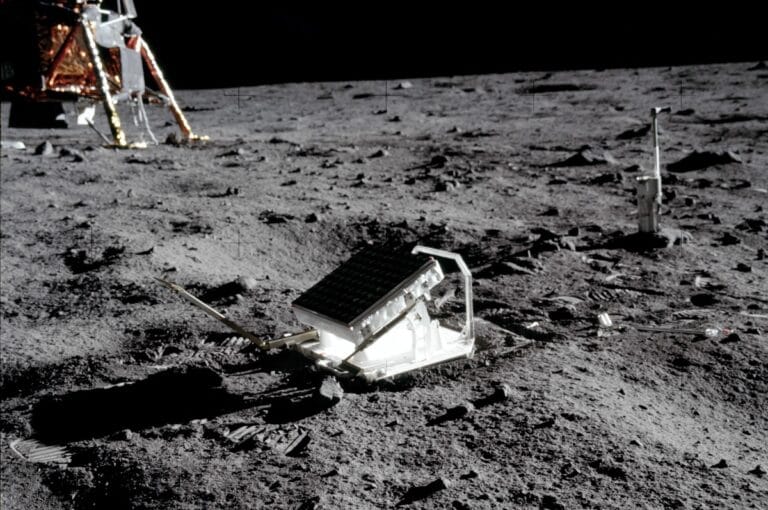 It is worth recalling that several retroreflectors are placed on the surface of the Moon – simple mirror devices that reflect the rays falling on them, returning back to the source.

By directing lasers from Earth at them, astronomers track the distance to the satellite with great accuracy, almost centimeter, despite the fact that the entire distance to it exceeds 380 thousand kilometers.

It allows us to talk about the possibility of using the Moon to register gravitational waves. Calculations by Blas and Jenkins show that such an instrument would be sensitive to the important microhertz range.

According to scientists, other “natural” detectors of gravitational waves of different frequencies can be found in space. For example, with very high accuracy (up to fractions per million), one can follow the orbits of binary systems with a pulsar and also register the passage of the “space-time ripple” by their weak oscillations.

Together with ground-based instruments already operating and under construction, as well as with the future LISA space observatory , this approach will cover almost the entire range of gravitational waves, from nano to hundreds of hertz.