(ORDO NEWS) — It is believed that letters have gone through a long transformation – from pictures to abstract forms. But researchers from Australia and Germany, using the example of the Liberian writing system created in the 19th century, found out that this is not entirely true. The first letters of the letter were probably quite complex and then simplified.

There is a hypothesis according to which the first letters arose on the basis of drawings. For example, the iconic head of a bull in Egyptian hieroglyphs turned into a Phoenician sign – a crossed out tick – and then transformed into the Roman letter “A”. It is known, however, that abstract signs were present in the early forms of writing.

Scientists at the University of New England (Australia) and the Max Planck Institute for Human History (Germany) decided to learn more about the evolution of letters and studied samples of Liberian writing, created from scratch around 1834 by eight illiterate Liberian men who wrote in ink based on the juice of crushed berries. This language exists to this day and is called Vai. The researchers presented their findings in the journal Current Anthropology . 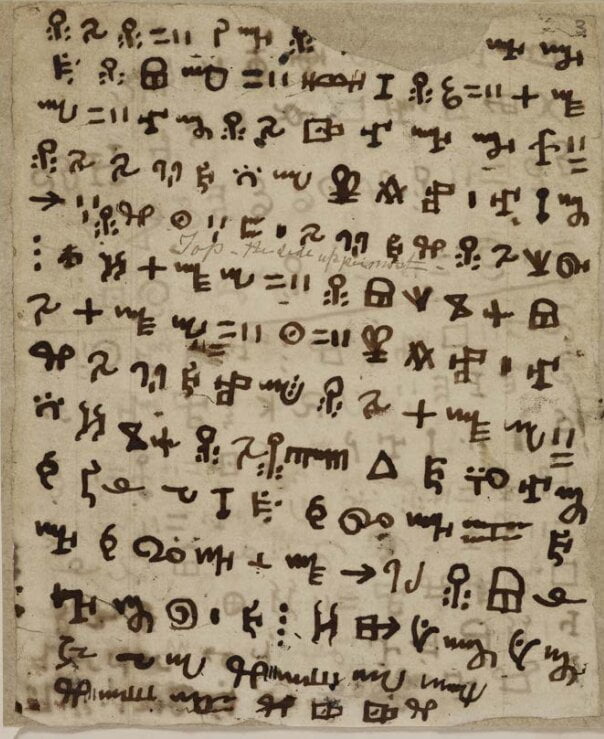 The uniqueness of the wai is that its development has been isolated and documented from its very birth to the present day. It spread unofficially from teacher to student. The team took a close look at the Vai manuscripts from archival sources in Liberia, the United States and Europe, analyzing the annual changes in its writing. As a result, they traced the entire evolution of Vai writing from 1834 to the present day. Using various computational approaches to measure the visual complexity of a written language, they found that it became visually simpler over time.

“Vai inventors created individual signs for each syllable of their language . One portrayed a pregnant woman, the other a chained slave, and still others are taken from traditional local emblems, ”said lead author Dr. Pierce Kelly of the University of New England. Then these signs were transformed and simplified.

According to scientists, visual complexity is useful for the nascent writing system , so there are more clues for those who study it. But as the language develops, complexity begins to interfere with effective reading and reproduction, so writing becomes simpler. The authors of the article believe that other African languages ​​that are developing today will also be able to shed light on understanding the evolution of writing.

Scientists have found that helps to think creatively

Scientists have found that helps to think creatively