(ORDO NEWS) — At the end of the summer of 2021, a tsunami quite unexpectedly happened in the South Atlantic Ocean, which very quickly spread over a huge distance – over 10 thousand kilometers.

It affected not only the northern region of the ocean, but also a little Indian and Pacific oceans. Before that, something similar was recorded by specialists only in 2004.

Then there was also a tsunami in three oceans at once. Today they managed to establish what exactly caused such a strong natural phenomenon.

Near the South Sandwich Islands, with the help of special seismic monitoring devices, an earthquake was recorded at a depth of about 47 kilometers. His strength reached 7.5 points. But it could not cause even a slight tsunami, the wave height at which would be about 1 meter.

Specialists from the California Institute conducted a new study in which it turned out that in fact there was more than one earthquake.

There were five fairly deep tremors in total. One of them happened at a depth of no more than 15 kilometers, and its strength reached 8.2 points.

It was he who could provoke such a strong tsunami, which spread to three oceans of the planet at once. At the same time, the earthquake was not recorded by seismic monitoring systems.

Jia of the California Institute of Technology noted that despite the strength of the jolt, it was not seen by instruments due to the fact that nothing like this had happened before.

The duration of this earthquake was approximately three minutes. The scientists also added that this shock was a hybrid of a deep crustal rupture and a rather slow tsunamigenic shift.

This may explain how exactly a deep earthquake could trigger such a powerful tsunami.

Today, monitoring systems are used to monitor either short or medium duration earthquakes. At the same time, long-term tremors can also have quite serious consequences.

Scientists have found out what hides the famous painting by Rembrandt

Scientists have found out what hides the famous painting by Rembrandt 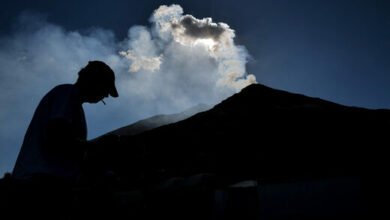