(ORDO NEWS) — Researchers from University College London found that life appeared a very short time after the formation of the Earth. The authors of the study believe that this is a potential proof of the existence of extraterrestrial life. There are ongoing discussions about the samples themselves.

The authors of a new study, published in the journal Science Advances, studied a stone found near Inukjuak in northern Quebec, Canada. Its age was estimated at about 3.75-4.28 billion years.

In an earlier paper published in the journal Nature, researchers at University College London (UCL) suggested that the tiny filaments, protrusions and tubes found in the rock were created by bacteria about 300 million years before the generally accepted date for the first signs of life on Earth.

At the time, some in the scientific community disagreed that the structures found inside the rock were of biological origin and therefore were not indicative of early life.

Therefore, employees of the University College London re-examined the rock, which was once a piece of the seabed. The samples were collected by the lead author of the study, Dr. Dominic Papineau, in 2008.

By cutting the rock into sections as thick as an ordinary paper sheet, the authors determined that its age is from 3.75 to 4.28 billion years – this conclusion was made due to the presence of rare earth elements in the composition. These elements were at the same level as other samples of ancient rocks of a similar age.

The scientists used various microscopes and a supercomputer to create 3D models of rock structures. They confirmed that the rock had a wavy shape and contained organic carbon, a substance that is part of organic compounds. This characterizes bacteria specialized in the oxidation of iron.

The researchers speculate that the bacteria within the rock left behind mineralized chemical by-products that are consistent with how ancient microbes fed on iron, sulfur, and possibly carbon dioxide.

The authors also used visualization, which allowed them to detect a centimeter-long stem with parallel branches on one side. While some of the structures found in the rock may have been created by chemical reactions, the stem was most likely of biological origin.

“So life could have originated as little as 300 million years after the formation of the Earth,” Papineau said. “From a geological point of view, this is fast: about one revolution of the Sun around the center of the Galaxy.”

Prior to this discovery, the next oldest biological specimen of early life was found in Australia, estimated to be approximately 3.46 billion years old. Although some members of the scientific community also dispute these samples, again arguing that they may not be of biological origin.

The new rock sample should help to understand how life is formed and whether it can exist outside the Earth.

“These findings have implications for the possibility of extraterrestrial life. If life occurs relatively quickly, then under the right conditions, this increases the likelihood of the existence of life on other planets, ”concluded Papino. 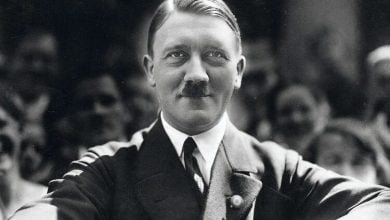 Some personality traits are associated with cognitive impairment later in life