(ORDO NEWS) — Scientists have explored a former quarry in South Africa that contains a wealth of plant and animal fossils.

“The fossils that we find are very ancient, but perfectly preserved. They have preserved many small details, such as hairs and veins of insect wings, intestinal contents, soft tissues of animals and non-lignified, which are not always well preserved, ”comments their leader Rosemary Prevek.

The fossils of the Onder Karoo region are well preserved due to the fact that in past eras this region of Gondwana was located on the coast of a calm sea, and there was a shallow lake at the site of the quarry.

During 10 weeks of field work, thousands of plant and insect fossils were discovered, which are about 266 million years old.

The lake was an ideal breeding ground for various invertebrates, including short-lived insects such as stoneflies and dragonflies.

The fossils found at this site are the oldest examples of these animals found in Gondwana. 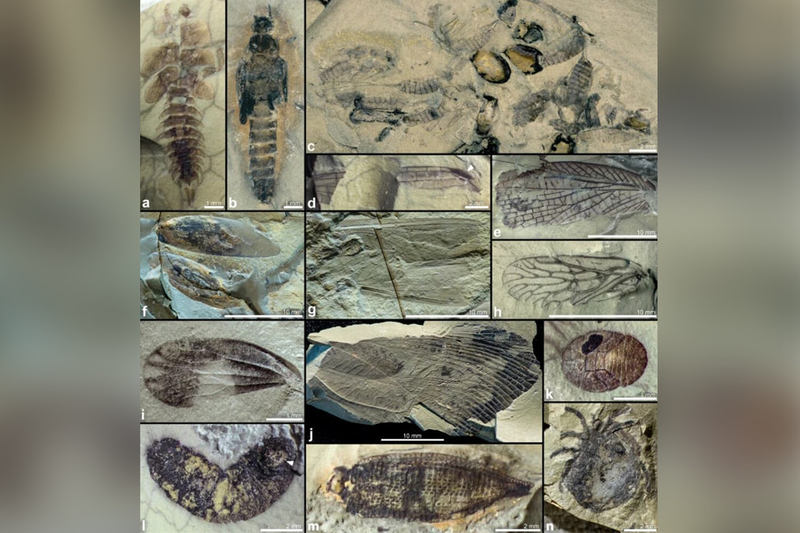 Excavations have unearthed specimens of Glossopteris, a plant that botanists thought looked like a fern.

Recent finds, including many fossilized male and female cones, have identified it as a conifer, a distant relative of pines and sequoias.

Identified groups of invertebrates include Palaeodictyoptera (an ancient group of insects that became extinct by the end of the Permian), many dragonfly-like creatures Protozygoptera, as well as water bugs and annelids, arachnids and Archaeorthoptera – this group includes modern grasshoppers, crickets and a number of arachnids.