(ORDO NEWS) — Archaeologists have studied materials found during excavations at the Trans-Baikal site Three Rocks, dating back to the Upper Paleolithic.

The collection of stone tools, the nature of the faunal remains and non-utilitarian finds, according to scientists, indicate that the site was used as a base hunting camp.

This is reported in an article published in the journal Vestnik NGU. Series: History, Philology.

In the archeology of the Upper Paleolithic of Western Transbaikalia, the Tolbagin culture (about 35–25 thousand years ago) is distinguished, described at the end of the 20th century based on the results of a study of the sites of Tolbag and Varvarin Gora.

The main feature of this culture is the stone industry, which is characterized by the production of lamellar chips obtained by splitting planar and subprismatic cores. Most of the monuments of the Tolbaga culture were found in the Selenga river basin. 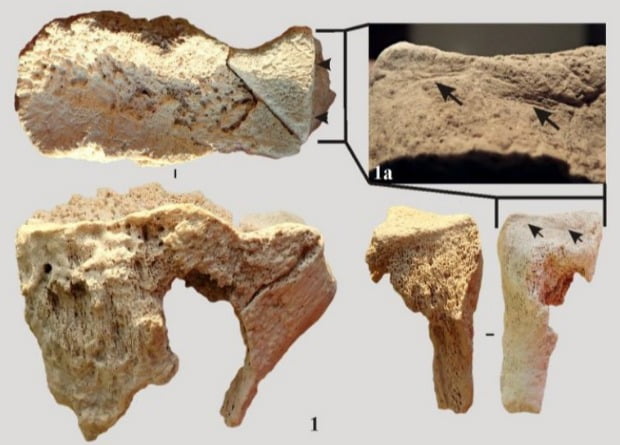 In 2015, at the foot of the spurs of the Tsagan-Daban ridge (Western Transbaikalia), archaeologists discovered the Three Rocks multi-layer site.

Having excavated an area of ​​about 45 square meters, scientists recorded five lithological layers, including four levels of occurrence of archaeological materials. 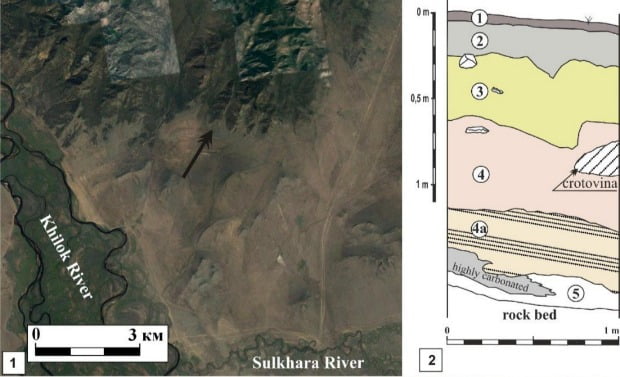 Location of the site and its stratigraphy

Radiocarbon analysis, carried out on just one sample, showed that the oldest cultural layer of this site was accumulated about 31125–29002 years ago, that is, at the end of the Karginsky interstadial – the time before the maximum of the last glaciation.

Archaeologists noted that the set of artifacts found at the site turned out to be typical of the Upper Paleolithic of Western Transbaikalia and belongs to the Tolbagin culture.

Most of the animal bones found at this site were excavated at the levels of the stone artifacts.

Archaeologists noted that the collection of definable remains is dominated by the bones of a wild horse (Equus ferus), in addition, there are bones of a large bull (Bos / Bison) and gazelle (Procapra gutturosa), as well as pieces of shells from ostrich eggs. It is noteworthy that the distal limbs predominated among the remains. 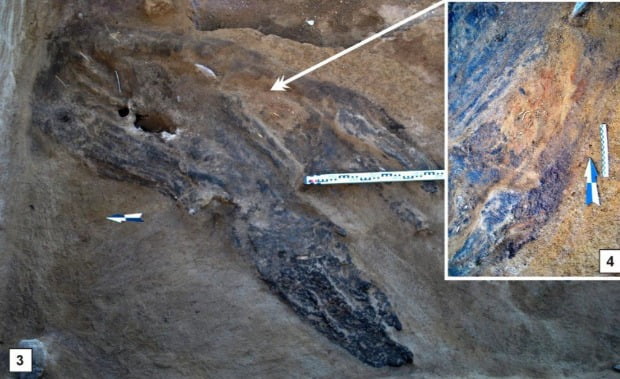 Archaeologists emphasized that the collection of stone tools found at this site is very diverse and is not only related to meat processing. Judging by the finds of bones, the remains of only one horse, one bull and one dzeren were probably at the site.

Scientists believe that these finds are not only the remains of the primary cutting of carcasses, but also kitchen waste.

In addition, the found polished stone pendant and blanks for jewelry made from ostrich egg shells indicate that multidirectional activities were carried out at the site. Archaeologists have come to the conclusion that this site was used as a base hunting camp.