(ORDO NEWS) — Physicists from MIPT and Skoltech have found a way to change the electronic properties of carbon nanotubes and adjust them for use in electronic devices.

The work was published in the journal Carbon. Carbon nanomaterials represent a wide class of compounds: graphene, fullerenes, nanotubes, nanofibers, and others.

The physical properties of many of them have already entered the textbooks, but scientists continue to create new structures and find practical applications for them.

One such macrostructure is films composed of carbon nanotubes, which are randomly oriented. Externally, the films are somewhat similar to the thinnest cobwebs: their length and width can reach several tens of centimeters, and their thickness is millions of times smaller, a few nanometers.

Carbon nanotube films have a remarkable combination of physical and chemical properties. They are mechanically stable, flexible and extensible, have high adhesion to various substrates, chemical inertness and exceptional electrical and optical properties.

Having a high conductivity, the films have advantages over metal films: lightness and flexibility. They can be used in various electrical devices: screens, modulators, antennas, bolometers, and so on. 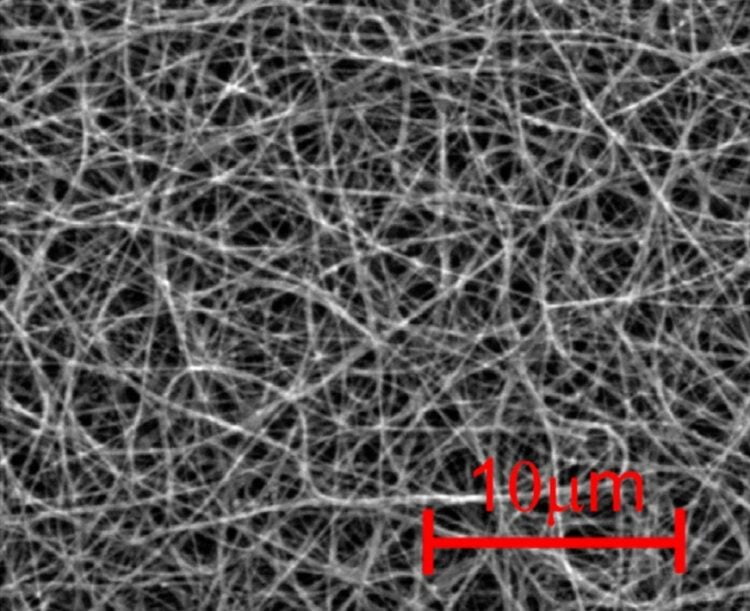 In order to use the electrical and electrodynamic properties of films most effectively in practice, it is necessary to study what physical principles determine such properties. Of greatest interest are the terahertz and far infrared ranges (radiation wavelength from 2 mm to 500 nm), in which the films exhibit properties characteristic of metallic conductors.

Scientists from the Moscow Institute of Physics and Technology and Skoltech studied the conductivity of films in the terahertz and infrared frequency ranges. For work, the authors took films synthesized by the method of deposition from the gas phase.

Some of the films were prepared from nanotubes of various lengths, which ranged from 0.3 to 13 μm. Another group of films was exposed to oxygen plasma for 100–400 seconds. This effect changed the electrodynamic properties of the films.

In such films, the energy of free electrons is sufficient to overcome the potential barriers between individual nanotubes in contact. Such electrons move almost “freely” throughout the film, which leads to high conductivity.

These barriers significantly affect the conductivity of nanotubes (and, consequently, films) at direct current and at sufficiently low frequencies. The effect is explained by the fact that at low temperatures the kinetic energy of electrons is too small for the electrons to overcome the potential barrier.

At sufficiently high frequencies, as shown by the authors, electrons cease to feel the presence of barriers and behave as free ones.

So in films made up of short tubes or of tubes treated with plasma, at sufficiently low frequencies and at direct current, there will be an increase in the temperature coefficient of resistance, which shows how the resistance changes with temperature.

With an irradiation duration of more than 100 seconds or with a nanotube length of less than 0.3 μm, the temperature coefficient of resistance reaches saturation: with these parameters, the original structure of the film is destroyed, and along with this, the original properties also disappear. MIPT and Skoltech scientists plan to continue studying modified films, for example, those stretched in one or more directions.

Compared to metallic films, they are much lighter, chemically and mechanically stable, making them attractive for electronics applications.

Knowing the fundamental physics that determines the electrical properties of films, we can purposefully adjust these properties for specific practical applications . Particularly relevant are studies at frequencies in the terahertz range, which will be operational in telecommunications in the near future.”

“It turned out that the controlled destruction of this remarkable material by treating films with microwave plasma leads to new interesting and unexpected properties. In particular, we observe a significant increase in the temperature coefficient of resistance in films of single-walled carbon nanotubes.

This happens due to the fact that the competing contributions to the conductivity from metal and semiconductor tubes cease to play an important role, and the film conductivity is mainly determined by the formed defects.