(ORDO NEWS) — In search of signs of life on the surface of Mars, the Perseverance rover recorded a unique phenomenon in the planet’s sky.

The Perseverance rover, moving on the surface of the Red Planet, witnessed a unique event in the sky that no one expected. A rover the size of an SUV has witnessed a solar halo.

The solar halo seen on Earth is a ring that appears due to light scattering as white light passes through ice crystals, causing the halo to take on colors.

Scientists hoped to see a similar phenomenon in the sky above Mars. However, they have not encountered this phenomenon so far. 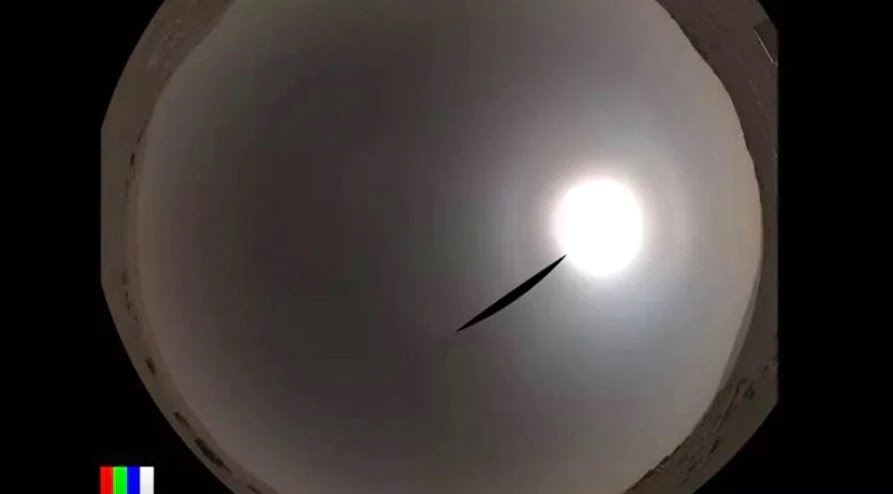 On December 15, 2021, the Perseverance rover recorded a unique event that occurred in the sky, which gave scientists an idea of ​​the complexity of the Martian atmosphere.

“The persistence really surprised us with some of the images we got back in December,” said Space Science Institute planetary scientist Mark Lemmon.

According to science: “A halo is a ring of light 22 degrees from the Sun or Moon and is the most common type of observed halo formed by hexagonal ice crystals.”

On Mars it’s a little different

Unlike Earth, Mars’ atmosphere has a higher carbon dioxide content than water, which led the team to wonder if the image was really a solar halo or if it was dust on the Perseverance camera. The team confirmed that dust was not the culprit.

“We have a lot of photos that show what features you get from dust in the sky, and we know exactly what you will never get from this halo,” Lemmon told space.com.

Astrophysicists calculated how many moons could revolve around the Earth

Astronomers explain why there are no green stars in space

Astrophysicists calculated how many moons could revolve around the Earth

Astronomers explain why there are no green stars in space