(ORDO NEWS) — The object, magnified in the white-bordered inset, is a circumstellar disk in the Orion Nebula, codenamed 294-606. 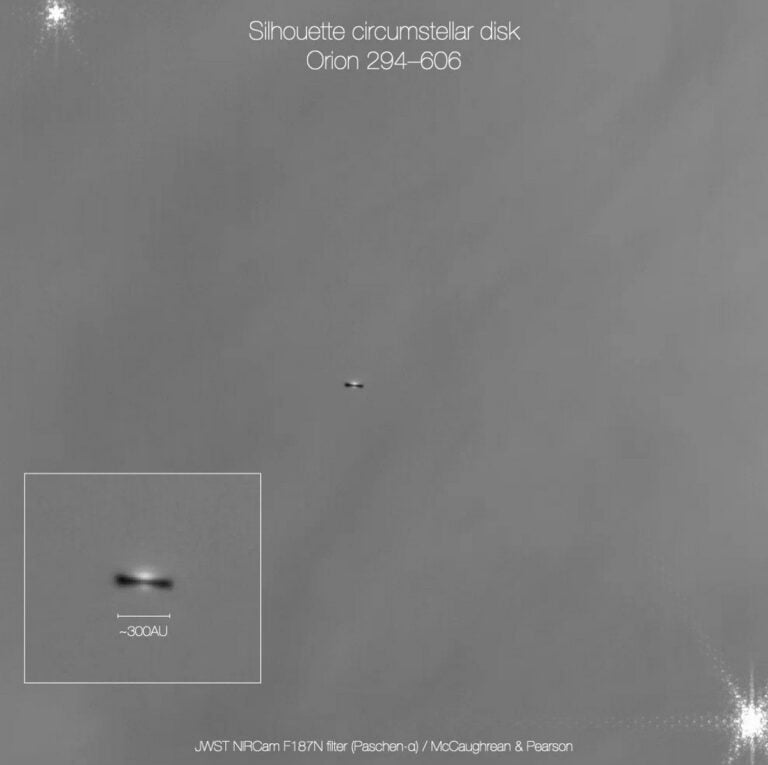 An image provided by NASA‘s James Webb Space Telescope shows some details of a nascent planetary system about 1,350 light-years from Earth .

Looking at the disk edge-on, we see how the light of a star breaks through a dense gas and dust curtain. Our solar system , which is about 4.6 billion years old, has gone through a similar evolutionary path .

Disk 294-606 is approximately 300 astronomical units* (AU) across. For comparison, the minimum distance from the Sun to Pluto is 29.7 AU.

*An astronomical unit is a distance measurement unit corresponding to the average distance from the Earth to the Sun (about 150 million kilometers).

Perhaps one day in 294-606 planets will form with conditions suitable for the origin and development of life, which in a few billion years will become intelligent, invent a space telescope and direct it towards the solar system.

Will the solar system exist in, say, 4-5 billion years? It will probably self-destruct by then, when the Sun reaches the end of its evolutionary path and becomes a red giant.

Looking at these images, a modified phrase of Friedrich Nietzsche appeared in my head: “If you peer into space for a long time, then the space begins to peer into you.”