(ORDO NEWS) — The NEOWISE telescope has been surveying various areas of the night sky for more than a decade, and now its team has shown the result of work over all these years.

Every six months, this telescope completely scanned the entire sky to see asteroids. And here’s what he did.

NEOWISE was originally launched in 2009 under the name “WISE” to explore the universe beyond our solar system.

It has since been repurposed and renamed, with the ultimate goal of tracking near-Earth objects, including asteroids and comets.

The most detailed view of the night sky

The data collected by NEOWISE gives scientists invaluable insights into how celestial objects move and change over time – whether they’re stars exploding or roaming the night sky, or black holes swallowing gas.

NASA has summed up the telescope’s 12 years of operation by releasing an image woven from a huge number of smaller images taken so far by the telescope.

The data obtained by NEOWISE allows you to determine the location of hundreds of millions of objects and the amount of infrared light emitted by each of them.

This information can then be analyzed to get as much key information as possible about each object.

Whole-sky data is collected every six months (the time it takes for a telescope to travel halfway around the Sun), and astronomers have now stitched together 18 of these “semi-annual” maps to create a time interval for the movement of objects in the sky.

The maps have been especially useful for studying brown dwarfs, objects that are not massive enough to trigger a fusion reaction, despite being capable of doing so in the past.

Those closer to Earth appear to be moving faster across the sky than more distant objects, making it easier for NEOWISE to distinguish between them.

The telescope has now detected about 260 brown dwarfs, and thanks to its research, we know about twice as many Y dwarfs, the coldest brown dwarfs that are of particular interest to astronomers.

The thing is that these stars can tell a lot about the efficiency of star formation and its timing in the evolution of our galaxy.

We’re also learning more about how stars form thanks to NEOWISE: Protostars show up as twinkling objects in its images, and scientists are now tracking nearly 1,000 of them.

These objects are luminaries at the initial stage of their formation, and observation of them can help to understand exactly how stars light up in the night sky. 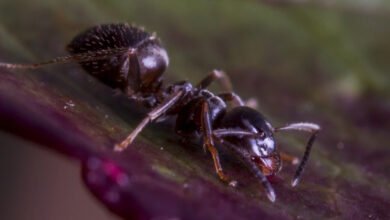