(ORDO NEWS) — Ancient culture researcher Pablo Enrique Garcia Sanchez of Mexico announced the discovery of an alien mummy, as well as another alien skull, publicly presenting the find the other day.

Sanchez says he found these remains, along with ancient artifacts, in a mine near Taxco, Guerrero, and believes they belong to an unknown culture that inhabited Mexico in ancient times.

The strange mummy, which looks like a kind of humanoid creature with a long body and toned legs, Sanchez called “Citlaltemini” (“Brother from the Stars”). 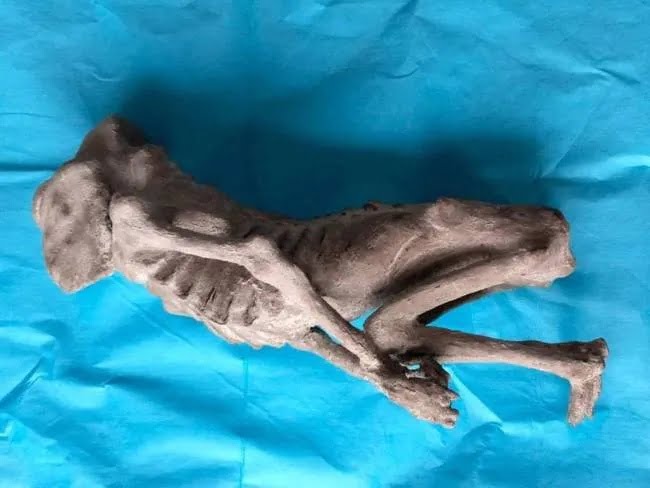 This mummy reportedly has four fingers and four toes, and a skull so strangely shaped that it is difficult to describe it as a whole.

But even more questions are raised by the discovery of a separate skull, which looks more like the remains of a monster from a sci-fi movie. 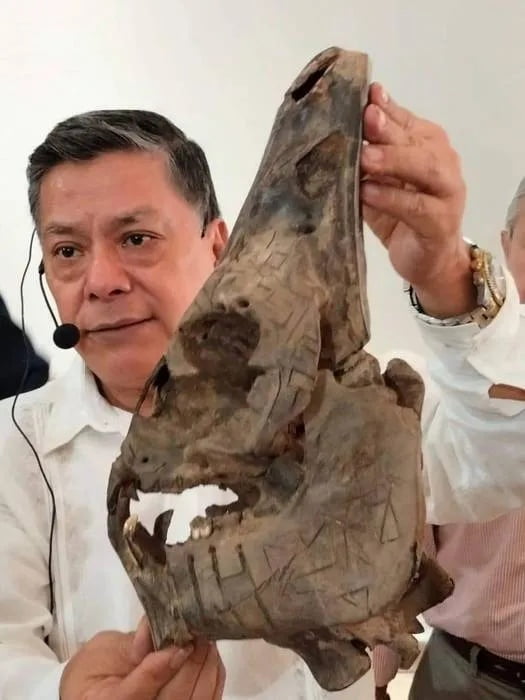 The skull has sharp teeth, its sides are covered with some kind of geometric patterns scratched into the bone, and its upper part is very elongated. 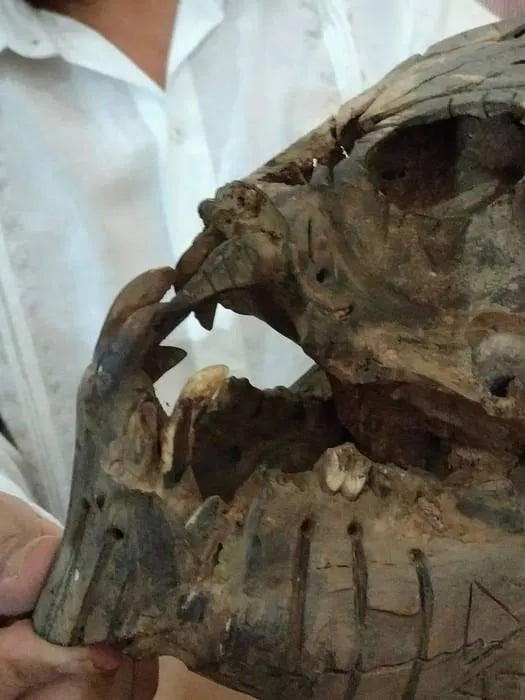 The photographs and press articles generated a lot of interest from Internet users, with many calling the mummy and skull a “gross forgery”.

In particular, they wrote that the “alien” skull was created from the skull of a pig.

At the same time, Pablo Enrique Garcia Sanchez is considered quite a serious scientist. He did postgraduate studies at the National Autonomous University of Mexico and the Universities of the States of Guerrero and Morelos, and was awarded the Golden Microphone Award by the Chamber of Deputies in Mexico City. 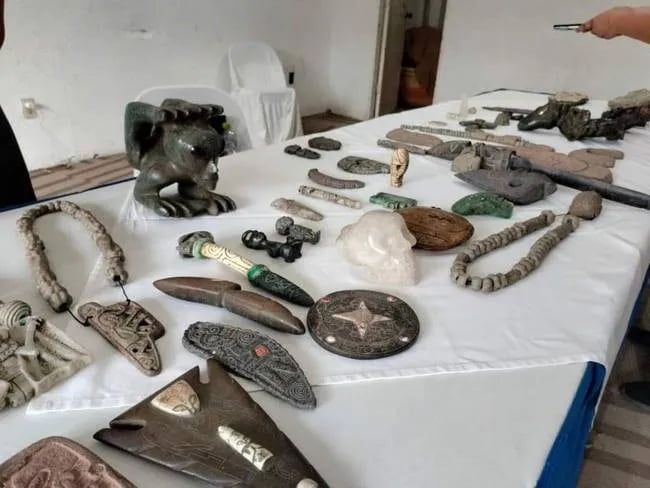 In addition to the mummy and skull, Sanchez also showed artifacts found in the same cave. They are covered with intricate patterns, and some of them look like alien heads with almond-shaped eyes.

Many Mexican newspapers write about Sanchez’s mummy, skull and strange artifacts, but what other scientists think about it is still unknown.

The common myth about the dangers of coffee has been refuted

The common myth about the dangers of coffee has been refuted