(ORDO NEWS) — According to scientific evidence, the sun continuously sends out a stream of charged particles known as the solar wind, which ultimately passes all planets for a distance of about 3 times the distance to Pluto, where it is impeded by the interstellar medium. This creates a giant bubble around the solar system known as the heliosphere.

Scientists have discovered more than 4 thousand exoplanets, but most likely, life exists on only one. This is not just a cosmic accident, but the interaction of scientific phenomena that combine and allow life to exist on Earth. Among them is a protective bubble that covers the entire solar system, which saves the Earth from dangerous cosmic radiation.

In an article published in the Astrophysical Journal, researchers show that neutral hydrogen particles coming from outside the solar system are likely to play a dominant role in the formation of our heliosphere. 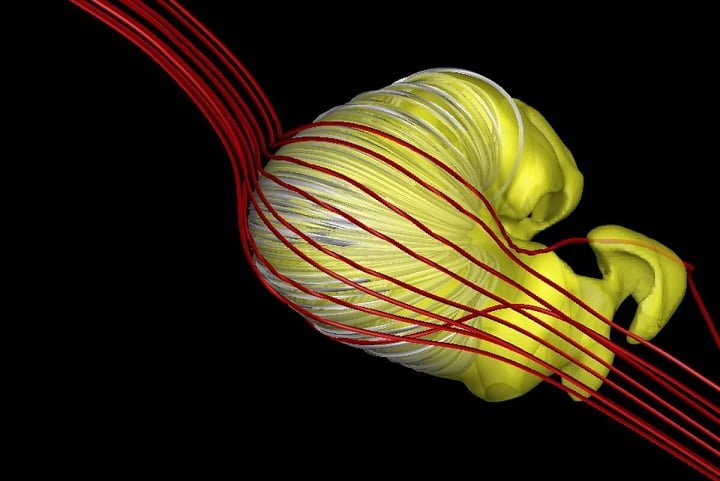 Researchers have found that the heliosphere is shaped like a croissant or even a donut. They explain this by the fact that hydrogen particles pass through the solar system, which makes it impossible for an even distribution of the heliosphere.

The model explains why the heliosphere in the southern and northern regions is disintegrating, which affects our understanding of how cosmic radiation reaches the Earth and the near-Earth environment, – said study co-author, astrophysicist at the University of Maryland James Drake.

“This discovery is a major breakthrough, as it allows us to understand why the heliosphere is shaped like a croissant, while other models of star systems do not,” the researchers said.

The heliosphere is the edge of the solar system where the sun’s rays end. Until now, only two spacecraft Voyager 1 and Voyager 2 have been able to cross this border and are currently traveling in interstellar space.

Total solar eclipse from the orbit of the moon

Total solar eclipse from the orbit of the moon