(ORDO NEWS) — The European Space Agency (ESA) said that the latest James Webb Space Telescope observed Mars from a distance of 1.6 million kilometers on September 5, 2022 using the Near Infrared Camera (NIRCam) and the Near Infrared Spectrograph (MIRI).

The telescope’s first image of the Red Planet consists of two images that show the planet’s eastern hemisphere bathed in sunlight.

The shortwave image is dominated by reflected sunlight and shows details of the Martian surface that can be seen in visible light to the human eye. Here you can see the Huygens crater, about 450 kilometers wide and a dark volcanic region in Sirte Major.

The Webb Space Telescope’s NIRCam camera has captured the light that Mars emits in the far infrared as the planet loses heat. The brightness of this light is related to the temperature of the surface of Mars and its atmosphere.

The brightness decreases towards the Martian polar regions, which are less exposed to sunlight, and in the northern hemisphere of the planet, where the Martian winter now reigns. 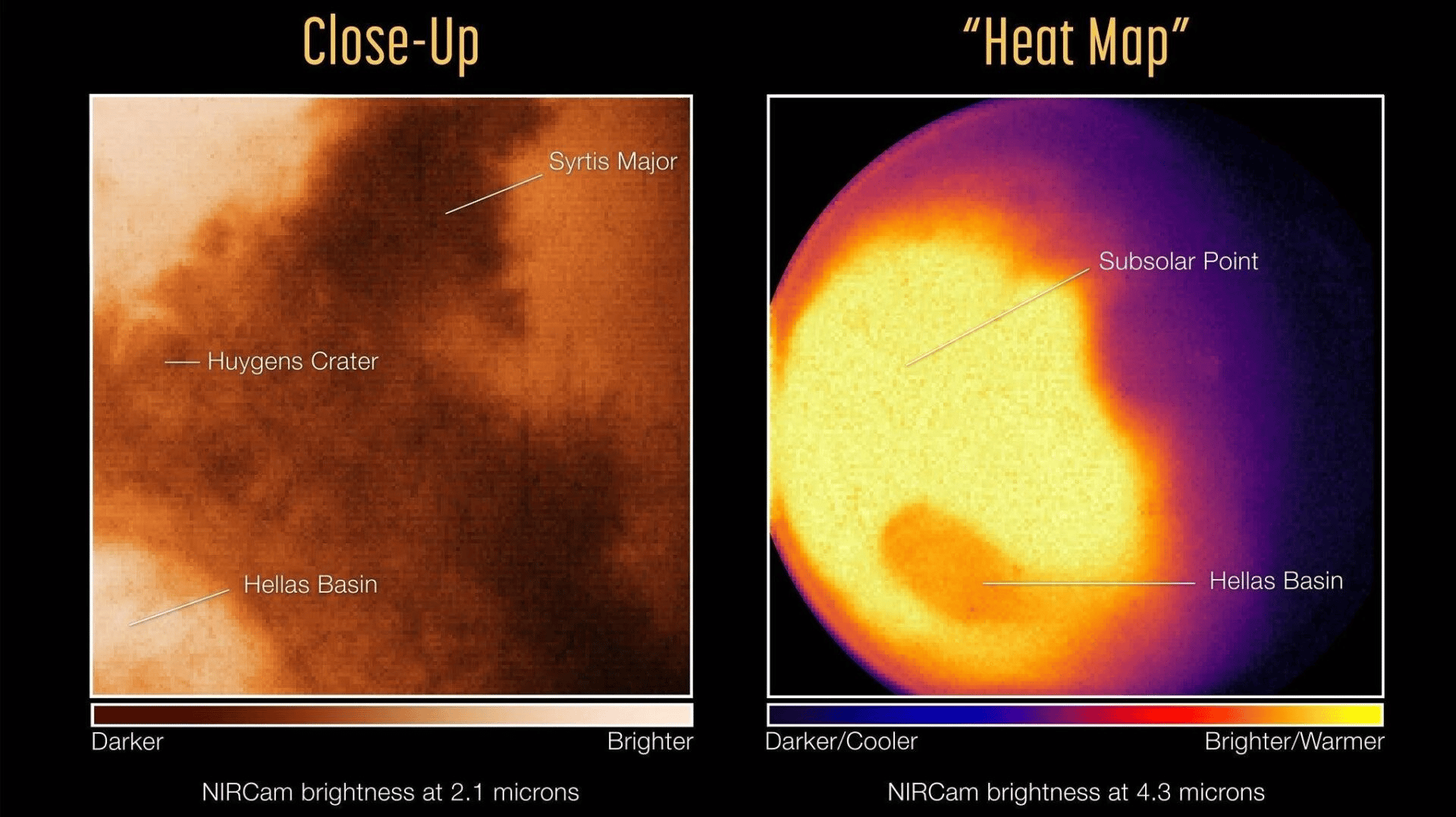 The telescope also collected spectroscopic data on the Martian atmosphere, in which water, carbon dioxide and carbon monoxide were detected: they correspond to the highlighted dips in the graph.

Of course, this is far from a groundbreaking discovery, but it demonstrates the ability of scientists’ new tool to accurately determine the composition of planetary atmospheres. 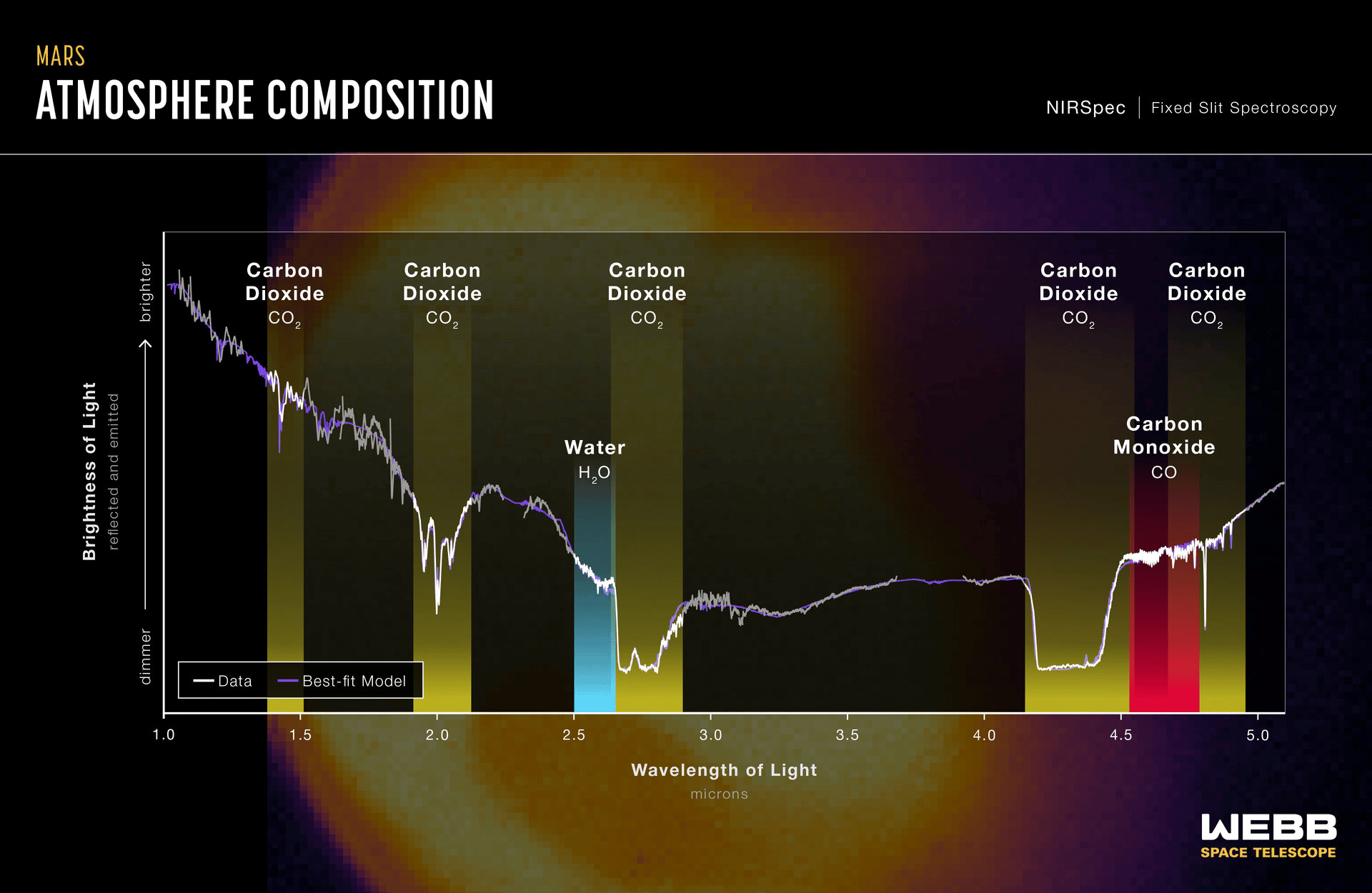 Mars was chosen as the object of observations of the space telescope for a reason, scientists are determining how reliable a high-tech telescope will be in studying distant exoplanets.