(ORDO NEWS) — How life originated on our planet has long been a mystery to Earth scientists, but scientists now believe they may have solved the mystery.

A group of American scientists from Purdue University believes they may have figured out how life arose and developed on Earth four billion years ago.

An article on the relevant topic was published in the journal Proceedings of the National Academy of Sciences.

So, the researchers found that tiny water droplets in ocean spray, under certain conditions, such as hitting a rock, form chains of amino acids, also called peptides, for a short time.

They are one of the most important chemical building blocks for life.

These droplets, about one micron in size (1/70th the thickness of a human hair), transform from inert water into a life-giving mixture in milliseconds.

This happens the moment a drop of water meets air, and its chemical equilibrium changes, forming peptides on the surface of the water for a short time.

This breakthrough in evolutionary biology could not only explain how life began on Earth, but also where and how extraterrestrial life could have originated on other planets under similar conditions.

That is, it will help scientists in the search for life on exoplanets. 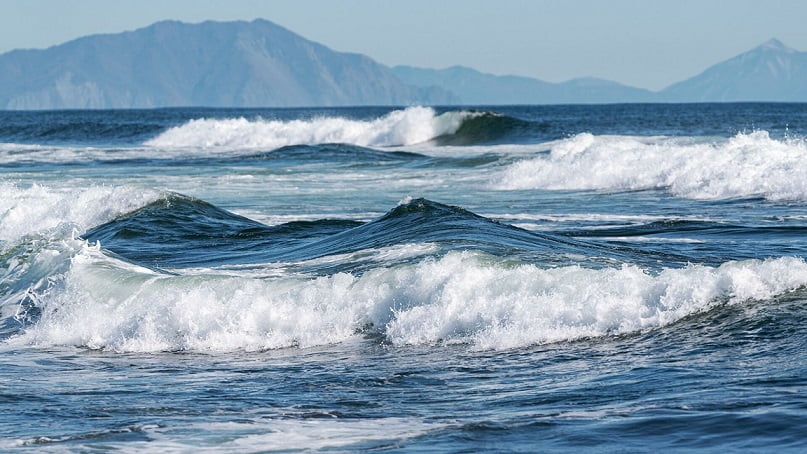 The authors of the study believe that the results of their work prove that four billion years ago, biological matter could have developed in the conditions of the Earth, when it was only 543 million years old. At that time, there was basically one giant ocean.

Senior author of the study, Purdue University Professor of Analytical Chemistry R. Graham Cook, told Vice: “There are a huge number of studies demonstrating the formation of peptides, but they all use catalysts or modified amino acids, which makes the species unlikely to exist naturally.”

This study shows that these basic building blocks of life can evolve independently in ocean spray or even just fresh water running down a slope.

To test the validity of the hypothesis, the researchers conducted “droplet fusion” to see what happens when microns of water collide in the air.

Professor Cook compared this experiment to the play of children watering each other with garden hoses.

Despite the results obtained, scientists still could not explain exactly how peptides turn into proteins, and then into biological matter.

That is, it remains unclear how the oceans turned from a balanced non-biological reservoir into a primordial soup from which life emerged.

Nature of the exploding star revealed

Nature of the exploding star revealed