(ORDO NEWS) — The massive seabed hydrothermal vent field in the dark depths of the Eastern Pacific Ocean is the hottest and largest field discovered in the region to date.

In addition, it is located in a place where scientists did not expect to find active vents, not to mention their entire system, hundreds of meters from the axis of the volcanic ridge.

The discovery could have a significant impact on our understanding of ventilation systems and the role they play in ocean ecosystems, the scientists say. 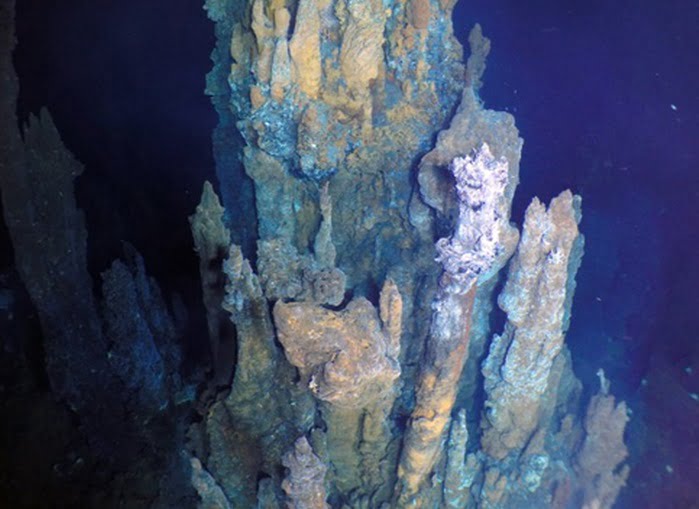 The deposit was discovered by a team of scientists using autonomous submersibles to map the seafloor at depths inhospitable to human explorers.

In data obtained from Woods Hole Oceanographic Institution’s AUV Sentry, the team saw an area of ​​huge spiers up to three stories high, 2,560 meters below the surface.

Initially, the team thought the vents were extinct, but a closer look showed otherwise.

“We were amazed that not only was the field very active, but it was larger in area and warmer than any other hydrothermal field known along this part of the East Pacific Rise that has been studied over the past 30 years,” says marine geologist Daniel Fornari of WHOI.

Hydrothermal vents are home to some of the most spectacular ecosystems on earth. These are openings in the seafloor where heat and chemicals escape from our planet’s crust, usually associated with volcanic activity.

The vents themselves can be scalding hot, over 400 degrees Celsius, but life thrives in their immediate vicinity.

Most life on Earth depends on the photosynthetic food web, but in bathypelagic darkness, life takes a different path.

The chemicals deposited by the vents feed the chemosynthesis-based food web, using chemical reactions to generate energy rather than sunlight.

Not only is this amazing evidence that “life finds a way,” it also reveals the mechanism by which life can exist on other worlds, such as the solar system’s icy moons Enceladus and Europa.

How with the help of quantum immortality, a person can live forever

How with the help of quantum immortality, a person can live forever