(ORDO NEWS) — This fossil shows that modern tuatars living in New Zealand are not much different from their ancestors who lived 190 million years ago.

New Zealand tuatara look like grim iguanas. But these spiny reptiles are not actually lizards. Instead, they are the last remnant of a mysterious and ancient order of reptiles known as rhynchocephali, which largely disappeared after their heyday in the Jurassic.

And they really are eccentrics from the reptile family. Tuataras can live for over a hundred years, live in cold climates, and are able to move their jaws back and forth to bite insects, seabirds, and each other. They even have a vestigial third eye under the scales on the top of their heads, which may help them keep track of the sun.

These bizarre features make the tuatara an evolutionary mystery, and the scarce fossil remains of its long-extinct relatives baffle paleontologists. Probably driven out by lizards and snakes, almost all rhynchocephals died out at the end of the Mesozoic era. Many of them left behind only dusty fragments of teeth and jaws.

It turned out that the most important piece of this puzzle had lain for decades in a museum table drawer. Stephanie Pierce, curator of the Department of Vertebrate Paleontology, and her collaborators recently unearthed an almost complete lizard-like skeleton on a palm-sized stone slab while dissecting fossils at the Museum of Comparative Zoology at Harvard University.

The remarkable fossil was discovered in 1982 during an expedition to the Kayenta Formation, a fossil-rich outcrop in northern Arizona. This band of red rock was deposited in the early Jurassic, when the reign of the dinosaurs was just beginning.

While the fossils of early mammals found at the site have aroused great interest, Dr. Pierce and Thiago Simoes, a Harvard postdoctoral paleontologist specializing in the early evolution of pangolins, have finally taken a closer look at this specimen.

In a paper published Thursday in the journal Communications Biology, scientists named the new animal Navajosphenodon sani. Both the generic name and the specific name (meaning “old age” in the Navajo language) refer to the Navajo tribe living in the area where the fossil was found. The scientists used microtomography to examine the crushed fossil in three dimensions, and assembled the flattened skull like a jigsaw puzzle using digital technology.

Although his body was similar to a lizard, the structure of the skull resembled a tuatara. He had the same rows of sharp, interlocking teeth, coming straight out of the jawbone.

The skull also had two holes behind the animal’s eyes. This configuration is one of the key features that distinguishes the tuatara from lizards, which have only one opening. The extra hole helps stabilize the skull when the tuatara bites and saws through its prey.

“All of these features are highly visible in the modern tuatara and are unlike what you see in other modern reptiles,” Dr. Simoes said. After many statistical tests, the team assigned Navajosphenodon to the base of the tuatara genus.

The fossil shows that the body of modern tuatars appeared in the Jurassic and has changed little in 190 million years. This confirms the popular belief that these reptile remains are “living fossils”. However, Dr. Simões also highlighted the differences: For example, the jaws of modern tuatars end in a set of beak-like, fused teeth that Navachosphenodon lacks.

According to Kelsey Jenkins, a doctoral student at Yale University who specializes in the evolution of early reptiles, many rhynchocephalic lineages have shown little change throughout their history. However, 200 million years is an extreme time frame.

“The only creatures that are so well preserved are horseshoe crabs and cockroaches, not decent-sized reptiles,” said Ms Jenkins, who was not involved in the new study.

The researchers argue that this lack of change may represent natural selection at its limits. “Slow evolution doesn’t necessarily mean no evolution,” Dr. Simões said. It’s essentially the evolutionary equivalent of the adage, “If it ain’t broke, don’t fix it.”

Although the discovery of Navajosphenodon helps to clear up a crucial chapter in the evolution of the tuatara, much of the history of this reptile remains obscure. Without new fossil finds, it will be difficult for scientists to determine exactly why these lone survivors seem to possess evolutionary cheat codes.

“Why modern tuatars and their lineages have evolved so slowly over such a long period of time is a big question and a bit more difficult to sort out,” says Dr. Pierce. “We need more fossils.” 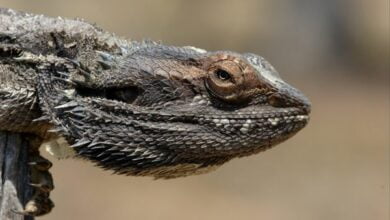 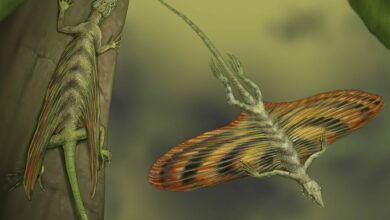 How changing forests caused reptiles to take to the air 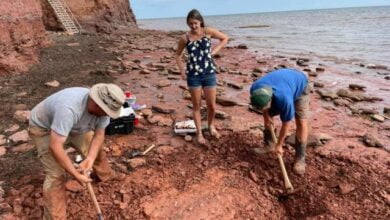 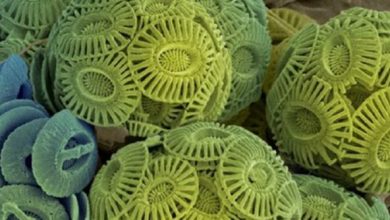 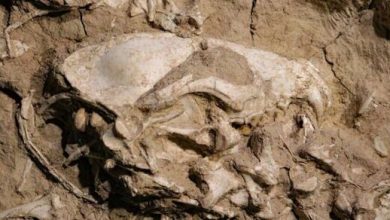 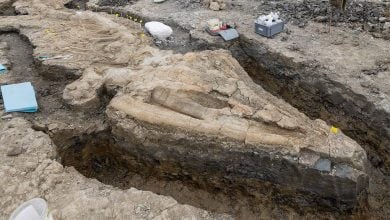