(ORDO NEWS) — A rare image from space was obtained using an X-ray telescope.

The star captured in the photo was formed as a result of the collision and merger of two white dwarfs – burned-out remnants of stars like the Sun. This is the preliminary version of scientists.

Surprisingly, instead of destroying each other, white dwarfs have formed a new object that glows brightly when observed in the X-ray spectrum. The remnant of the collision – a nebula – is also visible in the image below. This remnant looks like a neon glow, shown in green in the photo. 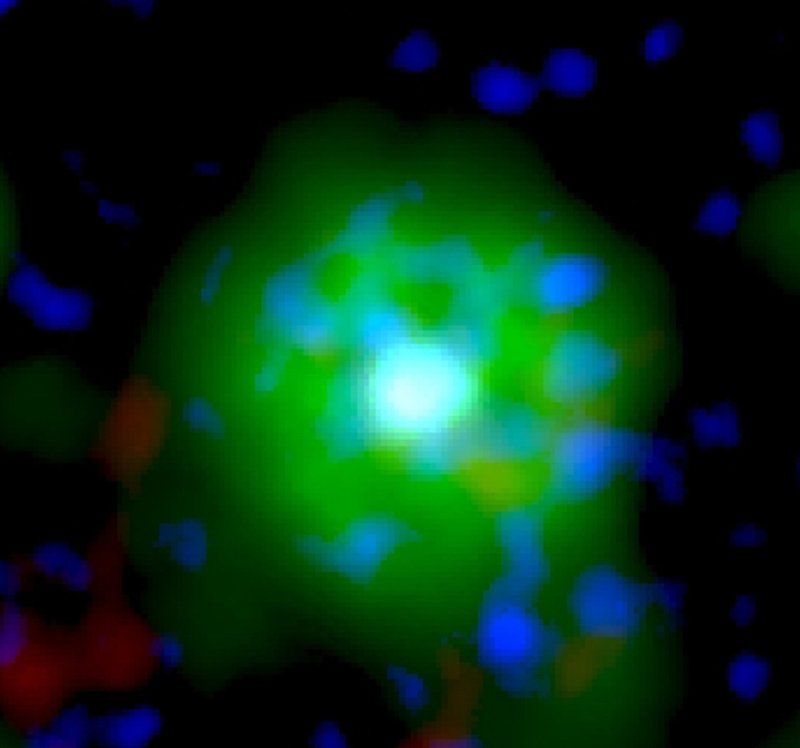 The new star was named IRAS 00500 + 6713. It is very unstable and will probably evolve into a neutron star over 10,000 years. The first studies made it clear that it has a very high temperature (about 200 thousand degrees) and wind speed, as well as itself is distinguished by its brightness and massiveness.

Now the European Space Agency (ESA) has come to grips with the study of the star. Research is carried out using the XMM-Newton telescope – it was launched into orbit on December 10, 1999 using the Ariane 5 launch vehicle. The device weighs 3800 kg and has a length of 10 m. It is known that at least three powerful X-ray telescopes made in Italy are installed on board.