(ORDO NEWS) — The bright dots surrounding the central object in the photo and animation (below) may look like planets orbiting a distant star, but they are actually stars orbiting the supermassive black hole at the center of our Milky Way galaxy.

The animation used a sequence of infrared images that took four months of active use of the Very Large Telescope Interferometer (VLTI) in Chile.

This is the most detailed view of the region around Sagittarius A* (Sgr A*), a radio-emitting source that consists of a hot cloud of gas and dust surrounding the Milky Way’s central black hole.

The team of astronomers used all four of the European Southern Observatory VLTI’s four 820 cm telescopes, which were collaborating with the GRAVITY instrument, to take advantage of interferometry.

Interferometry is a technique that uses the interference of light waves from each telescope’s beams to produce sharper images than a single telescope can provide.

Interferometry and advanced technology have made it possible to see details that were not available in previous observations.

For example, for the first time we managed to observe the star S300 (bottom right throughout the animation).

In addition, astronomers have determined that the star S29 flew at a distance of about 13 billion kilometers from the black hole – this is about twice the average distance between Pluto and the Sun.

Thus, the motion of S29 was the closest passage of a star from Sgr A* ever observed.

The video below shows the refined trajectories of the stars “dancing” around the black hole: 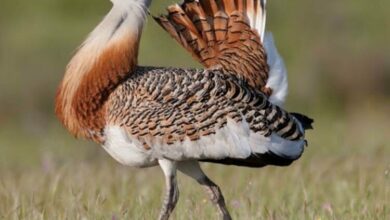