(ORDO NEWS) — When it comes to the printing of items such as bank notes or passports, you want to use a technique that isn’t easy to replicate. Swiss scientists have developed just such a technology, which prints by taking material away instead of depositing it.

Led by PhD student Sebastian Mader and Prof. Olivier Martin, a team at the EPFL research institute initially set out to develop a material that completely absorbs light.

What they came up with was a transparent Plexiglass substrate covered with a layer of aluminum on the bottom, magnesium fluoride in the middle, and chrome on top (on the surface). Each layer is just a few nanometers thick, and the combination does indeed absorb all wavelengths of light, resulting in what is perceived as a “perfect” shade of black.

Martin, however, wondered what would happen if he used a laser to remove the layer of chrome. Upon doing so, he discovered that the remaining layers of magnesium fluoride and aluminum formed a highly reflective mirror.

Removing those layers in turn revealed the clear Plexiglass. Therefore, when a sheet of colored paper was placed on the back of the Plexiglass, that background color showed through.

The scientists additionally found that by precisely controlling the duration of laser light exposure, it was possible not only to get solid black, mirrored and background colors, but also to get subtle gradations between them (such as part black, part mirrored).

Down the road, by using a thin, flexible, transparent substrate in place of the Plexiglass, it is hoped that the technology could be used in applications where security and fraud prevention are of the utmost importance. 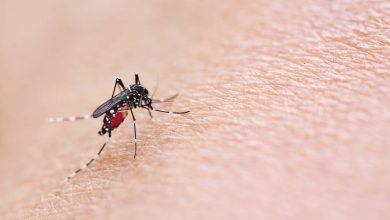 US drone refueling an F-35 fighter in the air (VIDEO)