(ORDO NEWS) — The Su-57 has a number of key advantages, its arsenal, combined with its unrivaled range, will make it the world’s leading strike fighter in the future, writes MWM. And this will have a positive impact on both domestic and export orders.

Compared to the Chinese J-20 and the American F-35, the only fifth-generation fighters currently in production and in service with the squadron, the F-22 and Su-57 are less successful programs, although both fighters already carry combat duty. Despite the fact that both aircraft are already in operation, neither one nor the other has yet had a long production cycle: the order to stop production of the F-22 was given after only less than four years, and the serial production of the Su-57 began only in 2018. Neither aircraft has yet taken full advantage of the key features of its generation seen on the J-20 and F-35, such as distributed aperture radar and top-tier network-centric capabilities. The F-22 outperforms the competition with its superior stealth.

But the advantages of the Su-57 are by no means limited to air combat – this is a merit of a less specialized design: the F-22 was originally developed without the ability to attack ground targets, and even after modernization it did not receive air-to-ground missiles launched outside the air defense strike zone , due to the low depth of its missile compartments. The Su-57, on the contrary, in addition to air combat, was also developed for strike missions, as well as anti-ship and electronic attacks.

The Su-57’s versatility is partly a legacy of the Soviet era: all Russian fighters since the late 1980s have had multi-role capabilities, including out-of-sight air-to-ground weapons. These included the direct competitor of the F-22, which was designed as part of the MiG 1.42 program and was supposed to enter service in the late 1990s or early 2000s. However, the collapse of the Soviet Union brought the ambitious program to a halt, and economic turmoil brought it to an end.

Another reason is that the F-22 was intended to be paired with strike aircraft, most notably the F-35, developed under the Joint Strike Fighter speaking program. Its air combat capabilities are much more modest, but it is well suited for ground attack from the air and electronic attacks. The Su-57, like the MiG 1.42, was designed to work without a lightweight counterpart – that is, to perform all tasks alone. As a result, if the F-22 carries only small-diameter gravity bombs, then the Su-57 can carry not only a set of cruise missiles with a range of hundreds of kilometers, but also nuclear weapons, and in the future, hypersonic ballistic missiles, whose tests began in February 2021.

Due to its limitations, the F-22 never saw combat in the nine years after its commissioning, until symbolic strikes on Afghanistan and Iraq in September 2014. Even then, it was widely emphasized that cheaper aircraft with lower operating costs, such as the F-16, could be much more efficient. While the F-22’s stealth could make it an ideal strike fighter against heavily defended targets due to its out of line combat capabilities, the mere fact that it has to fly very close to the target negates much of its advantage.

At the same time, the Su-57 participated in the hostilities even before entering service precisely due to the ability to strike with long-range cruise missiles, and its prototypes went to Syria in February 2018 in support of the Syrian government in the fight against the rebels. After several missions from the Khmeimim air base in western Syria, the Su-57s were transferred to Ukraine in March 2022, where they attacked government forces.

Since Russian warplanes eschew Ukrainian air defenses in every possible way, which deprives them of the ability to drop gravity bombs, the presence of cruise missiles – for example, the same Kh-59MK2 – gives them flexibility. The missile, first tested in Syria, was developed as the main air-to-ground armament of the Su-57 and is optimized to neutralize small protected targets at extreme ranges up to 300 km.

Since the F-22 is not expected to receive new air-to-ground weapons, the Su-57’s arsenal, combined with its unrivaled range, will make it the world’s leading strike fighter in the future. This, in turn, will increase its production cycle compared to if, like the F-22, it was developed solely for air superiority. And this will not only have a positive effect on domestic Russian orders, but will also strengthen export interest. Finally, the fighter will be used more often for combat missions in Russia and abroad, since air strikes are still carried out much more often than air battles.

The speed of the future standard Wi-Fi 7

The speed of the future standard Wi-Fi 7 Is the global economy on the way to recession? 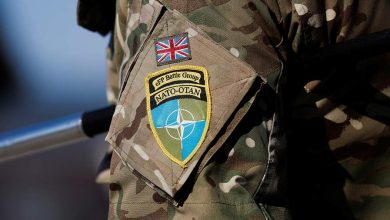 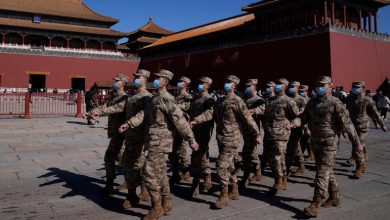